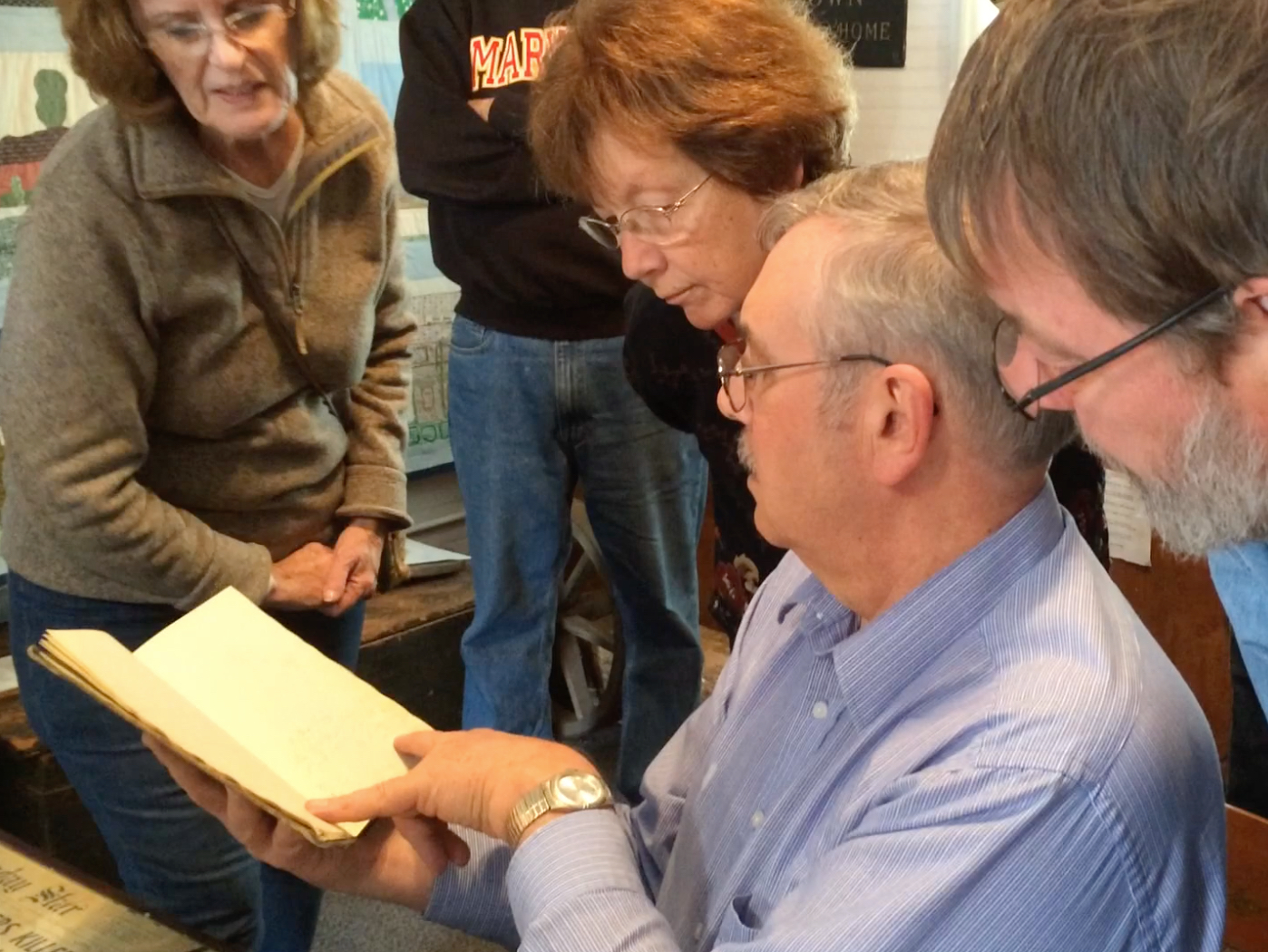 An autograph book from the Civil War era will come home to Lovettsville Saturday, November 7, 2014, where it will be welcomed with gratitude at the Lovettsville Museum during a 2 p.m. ceremony.

Identified as belonging to Kate Souder, a Lovettsville native, the book has been acquired on behalf of the museum by her great-grandson, William A. George, Jr.

Autograph books, eventually replaced by the today’s school yearbooks, were very popular with young people at the time, particularly girls, who rushed to get their friends’ signatures and sentimental messages, poems or sayings written in their books.

Known as “Kate,” Mary Catherine Souder (1844-1915) married Mark M.M. Rodeffer in July of 1865 at New Jerusalem Lutheran Church, Lovettsville.  He was a Confederate from the Valley, who came to Lovettsville after the war. Spannaus said Rodeffer may have been Confederate in his sympathies, but he was very helpful to Union veterans of the town when they were applying for pensions after the war ended.

Both Rodeffers remained staunch members of the church for the rest of their lives. Rodeffer is a familiar name in Lovettsville-as everyone who travels the roads around Lovettsville knows.

The book was autographed by about 30 friends, with one signature entered as late as 1896. The story of its homecoming is an interesting one.  (Watch video below).

According to Ed Spannaus, Secretary of the Lovettsville Historical Society, the autograph book first came to anyone’s attention in Loudoun, when resident Melani Carty got an e-Bay alert about the book, which was being sold by a collector in California.

Carty loves history and does reproductions of old post cards and illustrations for the museum. It was Carty who passed the word about the book to the historical society, having contacted the seller—who told her it was in a box she’d picked up at an auction and she didn’t really look at what was in it. Needless to say, when the word was passed to George, he was very excited and purchased the book, which he is donating to the Lovettsville Historical Society for display at the museum.

George, who lives in Alexandria, was raised in Lovettsville and while he lived in the area he served on the board of the historical society for a number of years and on the New Jersualem Lutheran Church council-where he still attends services each Sunday.

George will be at the museum to share the link he has with his great-grandmother’s history as he formally donates the book to the historical society.

The Lovettsville Museum is located at 4 E. Pennsylvania Ave.

If you enjoyed this post from our Archives, please consider supporting the mission of the Lovettsville Historical Society to protect and preserve the history and heritage of Lovettsville, the German Settlement, and our unique corner of Loudoun County, Virginia.  Visit the  Membership & Support page of our website to become a member or make a financial contribution. The Lovettsville Historical Society, Inc. is a tax-exempt organization under Section 501(c)(3) of the Internal Revenue Code. Contributions to the Society, and membership dues, are tax-deductible under the Internal Revenue Code.