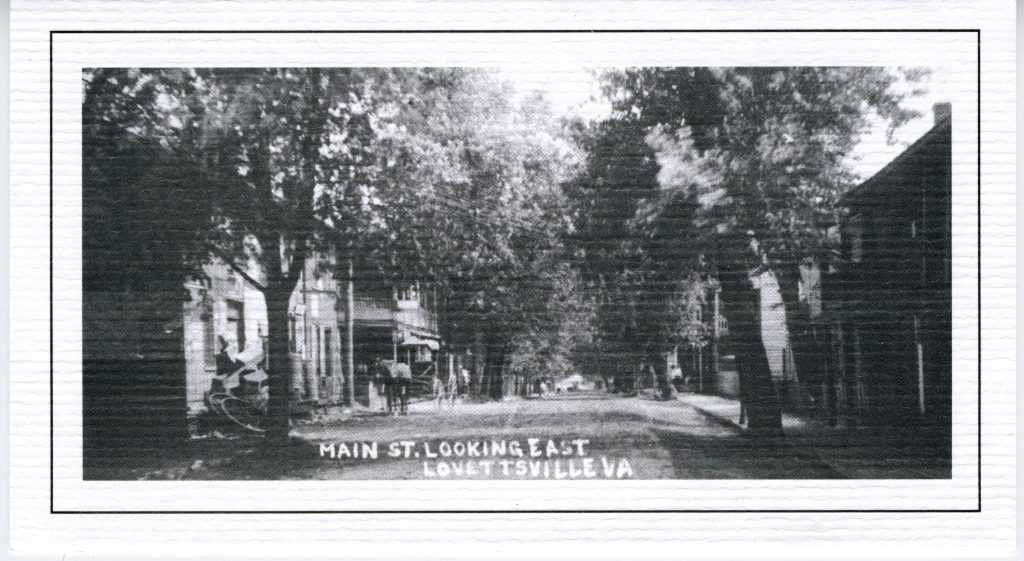 Reamer’s Hotel is the two-story building with a second-floor balcony railing, on the south (right hand) side of the street.

Lovettsville got its second Civil War Trails sign last Saturday. A crowd of residents and Civil War fans gathered at the small parking lot opposite Lovettsville Pizza and Subs at the intersection of East Broad Way and Loudoun Street, the historic location of the former establishment, known as Reamer’s Hotel or the Lovettsville Hotel.

Ed Spannaus, secretary of the Lovettsville Historical Society and Jim Morgan, of the Loudoun County Civil War Sesquicentennial Committee, spoke during the dedication. The sign was a partnership between the town, the historical society and the sesquicentennial committee.

Titled “Lovettsville in the Civil War: Union Gateway to Virginia,” the marker describes Lovettsville and the Potomac River crossing two miles north of town as a critical transportation point for Union troop movement in and out of Virginia during the 1861-1865 conflict. The Confederates’ preferred Potomac crossings were downstream of the town. The sign also quotes first-person accounts of the town during that time.

Two of the largest Union troop movements occurred after the battles of Antietam and Gettysburg, when several generals made Lovettsville their headquarters. The Army of the Potomac crossed into Lovettsville after the September 1862 Battle of Antietam. Union Gen. Alfred Pleasonton’s cavalry and Gen. Ambrose E. Burnside’s IX Corps occupied the town, spending a night at the hotel. Gen. George B. McClellan also passed through Lovettsville with the army following the Battle of Gettysburg.

Period descriptions of Lovettsville gave opposing opinions on its qualities. Army nurse Sara Emma Edmonds likened Lovettsville to “a pretty little village reminding one of New England.” A New York newspaper correspondent, however, took a more dim view of the pro-Union settlement, calling it “a dreary little Virginia village.” But, May 3, 1865, the Unionists in the area celebrated when the 25th New York Cavalry conducted what the New York Sunday Mercury called “”the first hoisting of the Stars and Stripes in the County of Loudoun since the outbreak of the Rebellion.”” A crowd, described as “immense,” celebrated with dancing and a military band at the hotel.

And the Stars and Stripes was hoisted again last Saturday in commemoration of that celebration as Spannaus and Morgan held it in front of the new sign last Saturday, along with Tracy Gillespie, a member of the Loudoun County Civil War Sesquicentennial Committee.

Back to the Leesburg Today archives 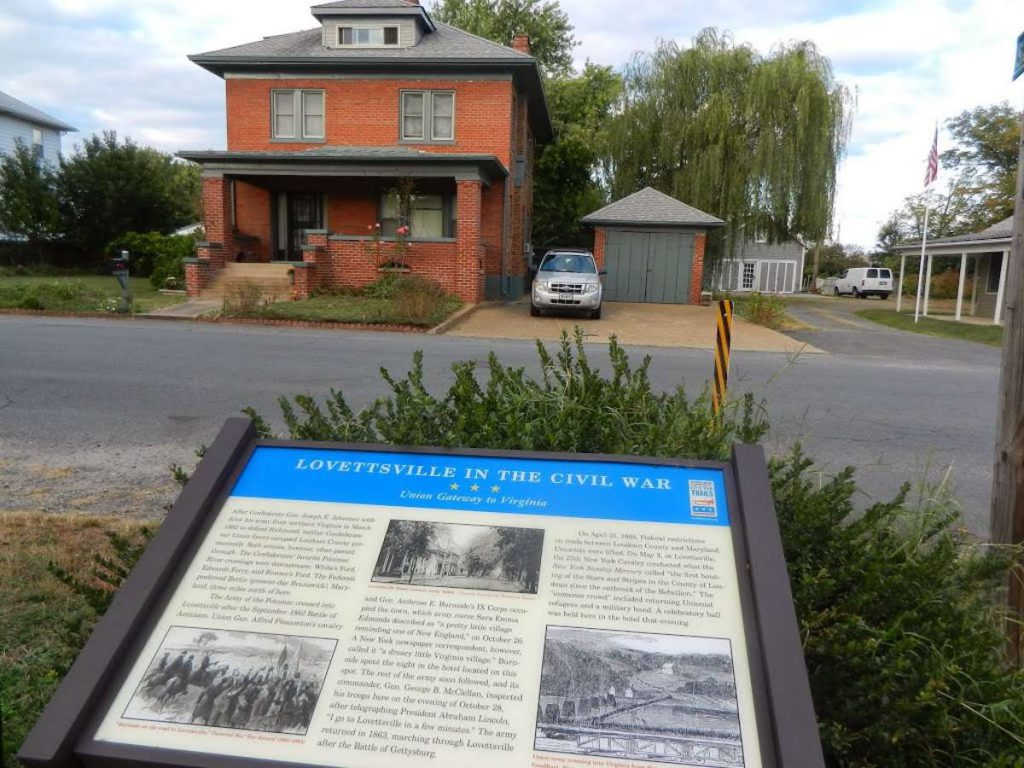