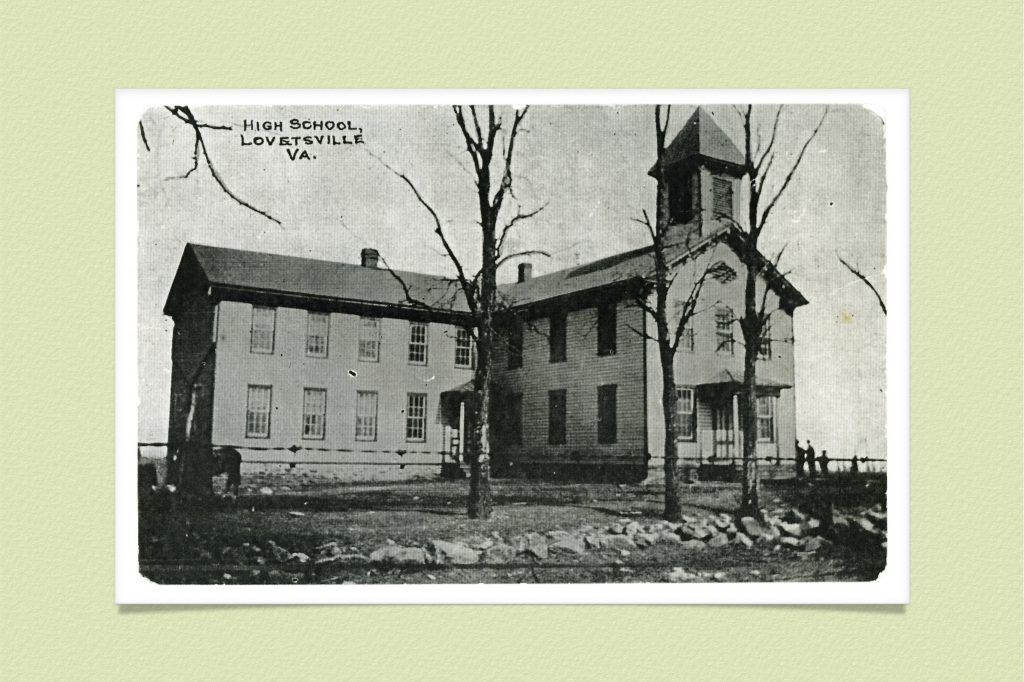 The Lovettsville Community Center [255- 5001-0042] was founded in October 1974 in the former Lovettsville School building, which had been abandoned when a new school was constructed on the south end of South Loudoun Street. The original section of the brick school dates to 1927, but many alterations and additions due to fire have rendered it as a non-contributing resource. A fairly unaltered frame building that housed the woodworking shop stands on the property and is a contributing resource.  (Section 7, page 11).

Two meeting or social buildings serve the [Lovettsville] community, including the Freedom Hall from the post-Civil War years and the Lovettsville Community Center, the original portion of which was built as a school circa 1927, [255-5001-0042] at 57 East Broad Way.56 Although altered to a level that the original school building itself does not contribute to the district, a small building that housed the woodworking shop associated with the school, survives. (57)

The original section of this former school, now the Lovettsville Community Center is toward the rear of the building and was constructed ca. 1927. Because of the significant amount of alterations and later additions following a fire in the 1970s, the building has lost its architectural integrity and is considered non-contributing. The original flat-roofed brick school, now the taller rear section of the building, is laid in a Flemish-bond variant pattern and rests on a raised parged concrete foundation. Details include brick quoins, a decorative tan brick band along the cornice, a soldier course above the foundation, and other patterned brickwork. The large banked window openings that feature concrete sills and once held multiple windows, have been bricked-in to accommodate two four-light, aluminum sash windows. These same windows are used throughout the rest of the building including the front addition. The seven-bay, one-story, flat-roofed, stretcher-bond brick front addition appears to date to the 1970s and covers the original front façade. It is fronted by a five-bay porch with square brick posts and a tall flat roof covered in aluminum siding. The rear of the building contains a large gymnasium addition that is of stretcher-bond brick and has a flat roof and brick pilasters that divide the wall into three bays.

(Footnote 57)  Weatherly, p. 102.  Telephone Conversation, Elaine Walker March 15, 2012. The last graduating high school of Lovettsville High school was in 1954. In September of 1954, the consolidated Loudoun County High School opened in Leesburg and was comprised of Aldie, Leesburg, Lincoln, and Lovettsville. The old Lovettsville School then functioned as an elementary school until the new school on South Loudoun Street was constructed in the early 1970s. The building then became a community center. Shortly thereafter, much of the 1927 school was destroyed by fire and rebuilt and enlarged. 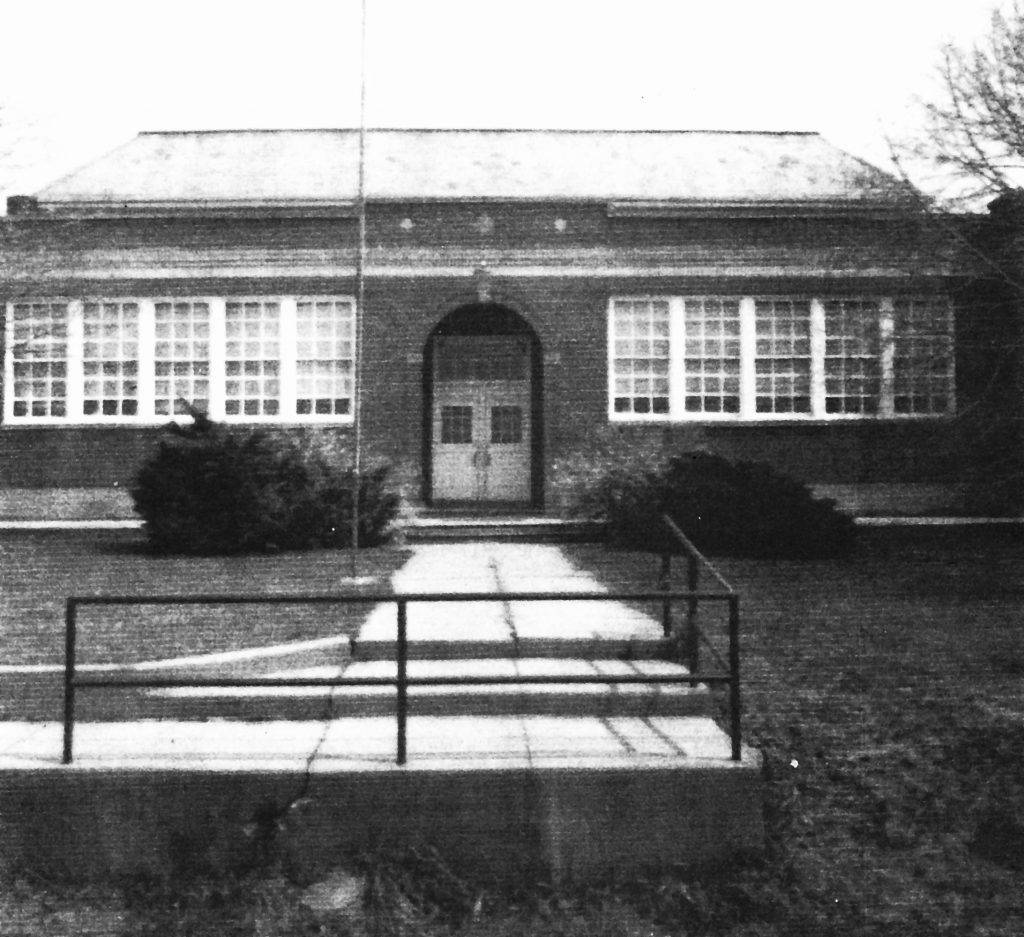 This page is under construction.  Check back soon for more historical information about the former Lovettsville High School.