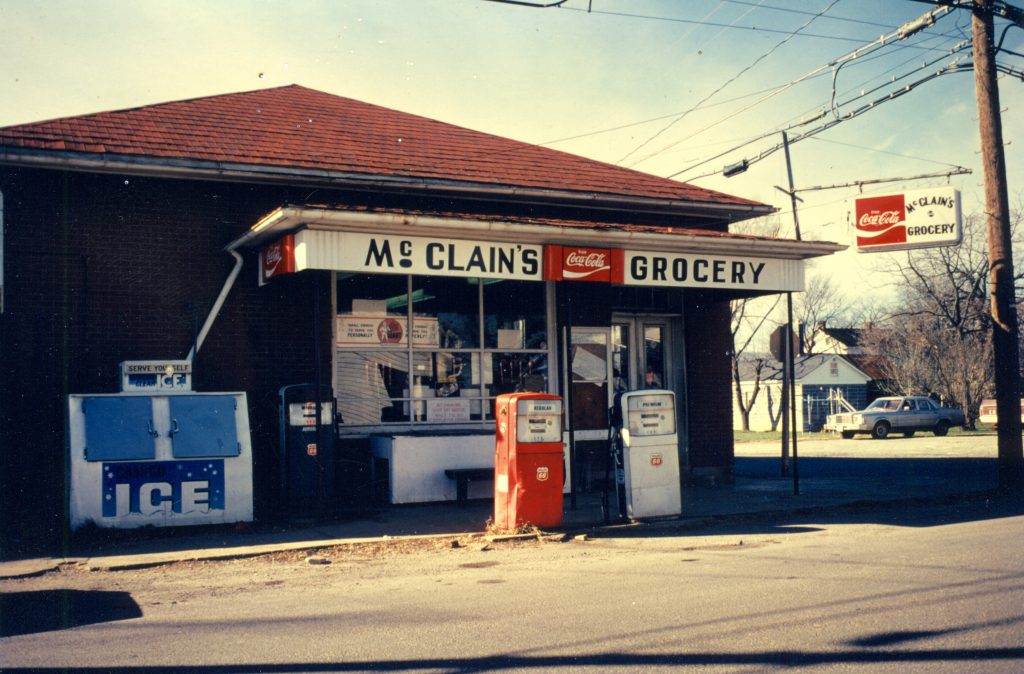 At the junction of East Broad Way and South Loudoun Street is the former Grubbs Store [255-5001-0023], the oldest commercial building in Lovettsville. Constructed circa 1870, the building was remodeled after a disastrous 1923 fire left only part of its outer brick walls intact. The second story was removed and the present asphalt-shingled hipped roof was added along with a denticulated wood cornice. The exterior walls are laid in five-course American bond and rest on a stone foundation. Some of the original window openings on the facade have been bricked in and the side elevation contains one-over-one-sash windows in segmental-arched openings that appear original. Later wings have been added to this building, which is still in commercial use.

Another important commercial building was erected circa 1870 and stands at 26 East Broad Way [255-5001-0022]. Known originally as Robert Grubb‘s Store, it too sustained fire damage in 1923, and the second story was removed and the building remodeled. Its location at the corner of South Loudoun and East Broad Way made it a particularly prominent landmark for those traveling through the town and marks the important place of commerce in Lovettsville. McClain‘s Store was the name given to the store when it was acquired by new owners in 1945.  (Section 8, page 56).