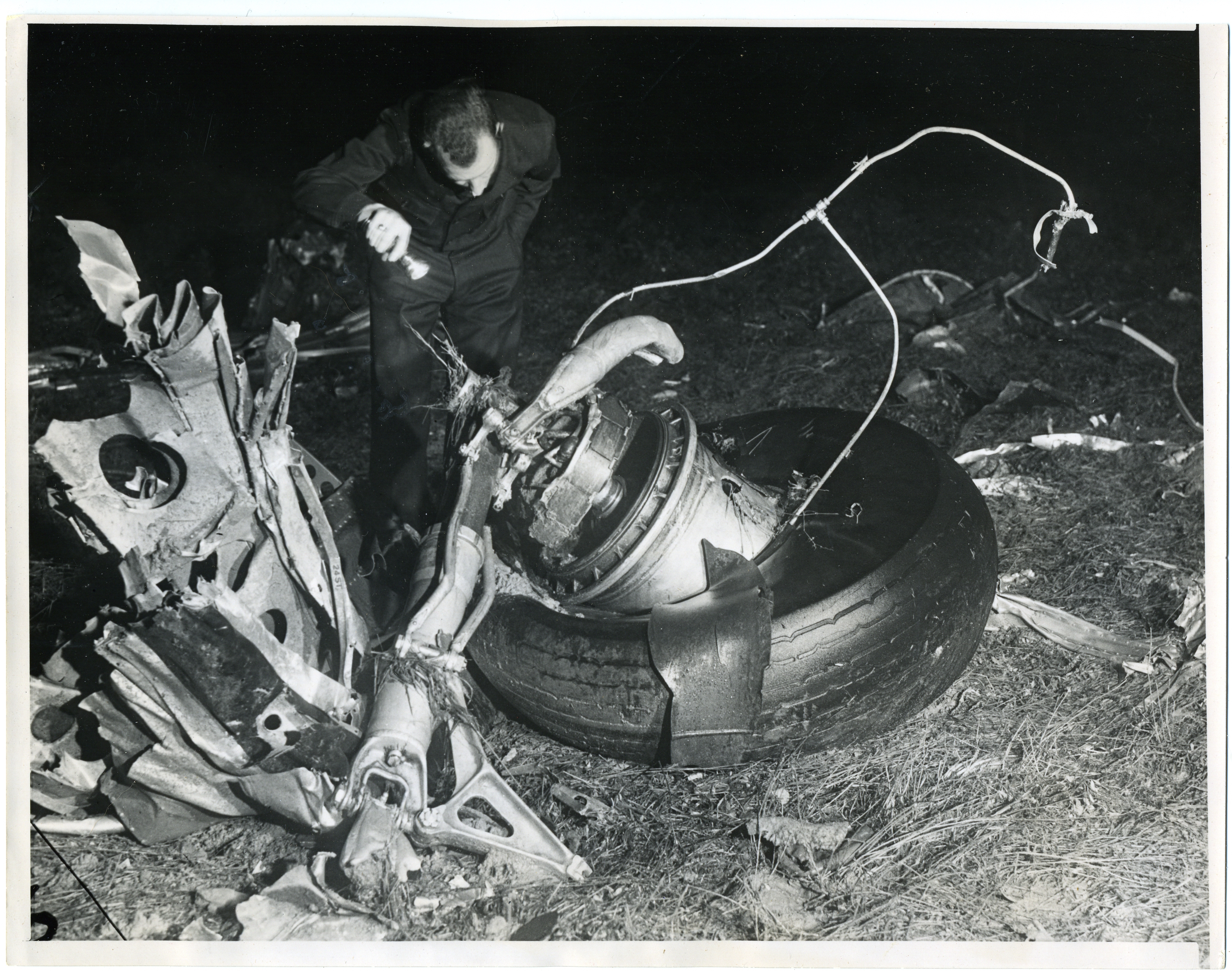 On August 31, 1940, Pennsylvania Central Airlines Trip 19, a new Douglas DC-3A transport, crashed into a cornfield near rural, sleepy Lovettsville, Virginia, killing everyone aboard.  At the time, it was the most horrific airline accident in United States history, and thrust Lovettsville into the national media.

PCA Trip 19 was flying from Washington DC to Pittsburgh, through an intense thunderstorm at 6,000 feet).  Numerous witnesses reported seeing a large flash of lightning shortly before it nosed over and plunged to earth in an alfalfa field along Mountain Road, east of Short Hill Mountain, not far south of Lovettsville.

With limited accident investigation tools at the time, it was at first believed that the most likely cause was the plane flying into windshear, but the Civil Aeronautics Board report concluded that the probable cause was a lightning strike.  U.S. Senator Ernest Lundeen from Minnesota was one of the 25 people (21 passengers and 4 crew members) who perished.

In 1940, the National Transportation Safety Board as we know it today, did not yet exist.  The then-Civil Aeronautics Board had only been in existence for two years.  Crash investigation science was in its infancy.  To this day, questions remain as to whether the investigation was adequate, and whether the crash was a result of weather … or perhaps politically-motivated sabotage against Senator Lundeen, who was suspected of being a Nazi sympathizer?

Lovettsville is the only town or village in Loudoun County, Virginia that has a museum dedicated to preserving its own civic history. If you enjoyed this post from our Archives, support the mission of the Lovettsville Historical Society & Museum to protect the history and heritage of Lovettsville, the German Settlement, and our unique corner of Loudoun County, Virginia.  To see these vintage newspapers and wire photos in person, visit the Lovettsville Museum on Saturdays between 1:00-4:00 (next to Town Hall).

This issue of LIFE Magazine, dated September 16, 1940, was generously donated to the Lovettsville Museum Archives Room by LHS Board member, Judy Virts-Beard Fox. 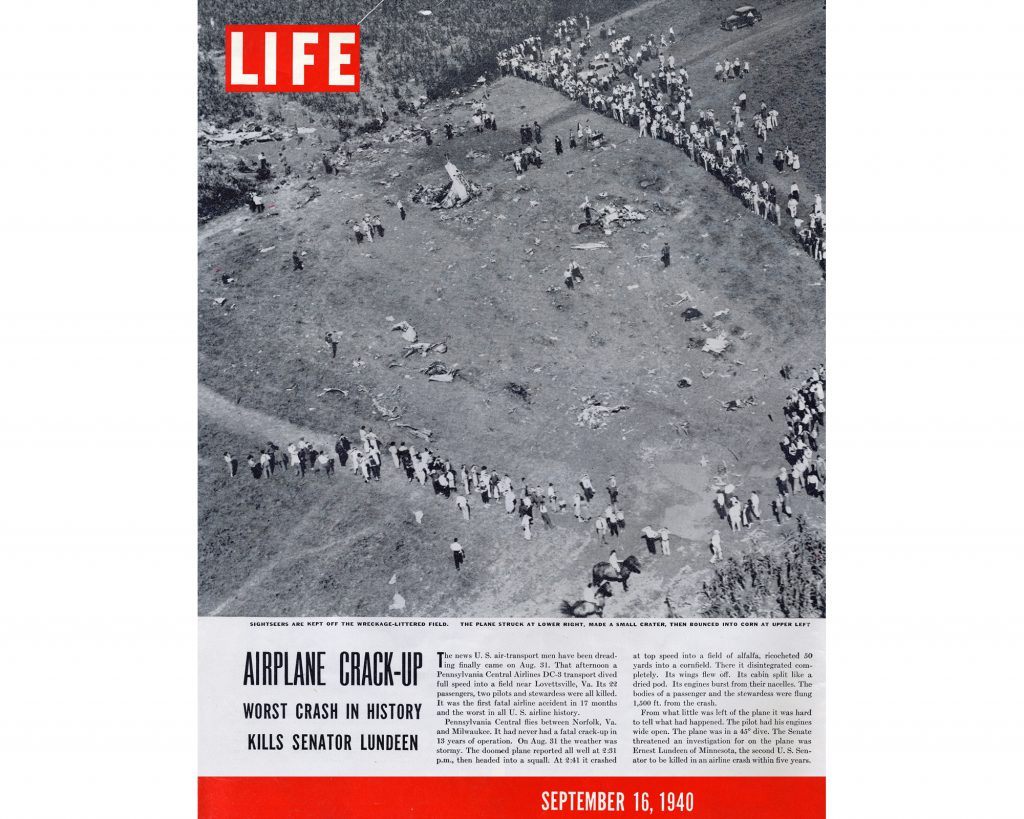