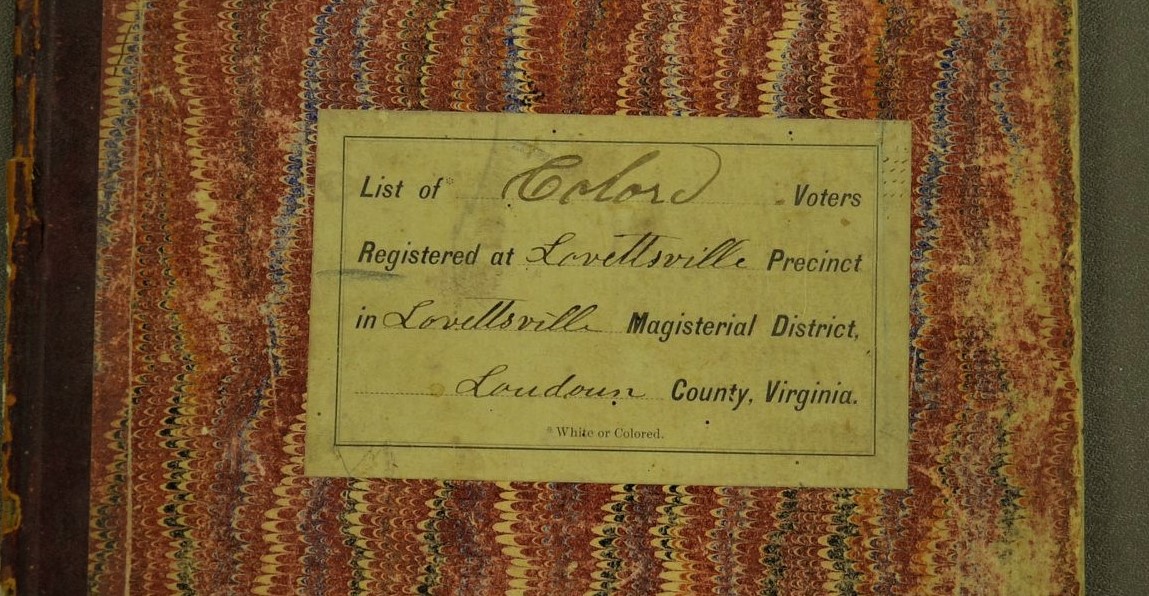 A few years ago, volunteers working in the Lovettsville Museum found a list of registrations of Black voters in Lovettsville, dating from 1888 to 1900.  The original voter register was among a set of 12 school registers from the same period, covering eight white schools and two “colored” schools in the Lovettsville District. The registers were shared with the Edwin Washington Project which is documenting  segregation and its effects in Loudoun County schools.

The voter register was labeled “List of Colored Voters Registered at Lovettsville Precinct in Lovettsville Magisterial District, Loudoun County, Virginia.” The underlined words were filled in by hand, on what appear to be standardized register books and labels used throughout the Commonwealth of Virginia. 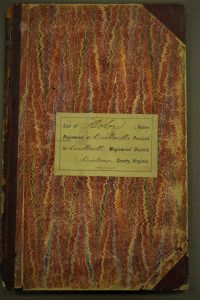 The voter register doesn’t provide the name of voter registrar or clerk; however the school registers are signed by “T.L. Potterfield, Clerk,” which would be Thomas L. Potterfield, the owner of the meat store whose building now houses the Lovettsville Museum. Thomas Potterfield was probably also the creator of the voter register, since he was the Registrar of Voters for the Lovettsville Precinct, according to documents at the Clerk of Court archives in Leesburg that we examined in connection with another matter. In that case, an election for Commissioner of the Revenue in which Potterfield, the Democratic candidate, got 1946 votes, as against 246 write-in votes for the Republican candidate, was invalidated on the grounds that Potterfield served as the Registrar of Voters for an election in which he was a candidate.

There were four precincts in the Lovettsville District at the time; these were: Lovettsville, Waters (Between-the-Hills), Bolington, and Taylorstown.

There are 37 names of Black voters in the Lovettsville Precinct – all men, of course, since women’s suffrage was not adopted until 1919.  The names, with original spellings, are: 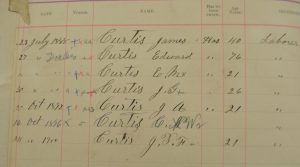 We have asked Claudette Bard, a member of the Board of Directors of the Lovettsville Historical Society, to share her remembrances about some of those named on the voter register, which we are please to publish. Read it here.