But B&O Railroad Suffers Heavy Losses From Water Which Covered Yards.Reprinted from The Brunswick Citizen, May 5 & 12 & 19, 1983 issues; originally appeared in the Brunswick Blade-Times, March 1936.

Compiled from clippings, files and photos in the Lovettsville Museum archives & online sources,

NEWSREEL:  Flooding in Williamsport, Maryland; Point Of Rocks, Maryland; and Washington DC, From the Great Potomac River Flood of 1936
March 18-19, 1936 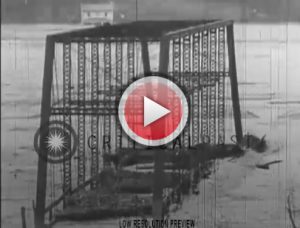 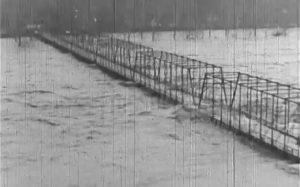 “Down the Old Potomac” On the C&O Canal; A Thomas Edison Film (1917), is a silent, black & white film, depicting the Chesapeake & Ohio Canal, back in the days (1831-1924) when it was operational, with water, locks, gates, towpath, and boats. The C&O Canal was used to transport goods from Cumberland, Maryland to Washington DC, but was ruined in 1924 by Potomac River flooding and subsequently abandoned. Today the C&O Canal towpath has been repurposed as a popular 184-mile-long bike trail.
https://youtu.be/hZCw0gcn2r0