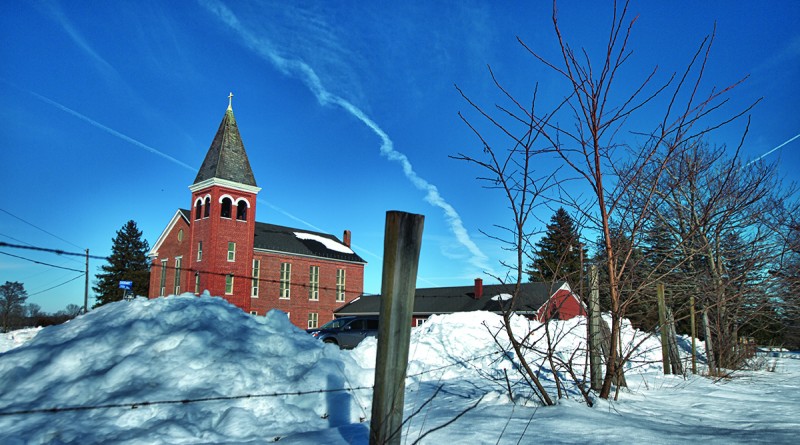 As the Lovettsville Historical Society opens its 2016 lecture series next Sunday, Feb. 14, it also is marking four decades of telling the stories of the community’s people and places.

The town’s history dates to 1732 when 60 German families came from Pennsylvania looking for good farmland, found it, and settled there. Elements of that German heritage remain visible in town. While the buildings are not original, the parish of St. James United Church of Christ is said to date from 1732, while the New Jerusalem Lutheran Church on the southeastern edge of town goes back to 1765.

It was in 1974 that then-Mayor Richard Hickman established a committee to restore the Potterfield meat store building and start the Lovettsville Museum, according to former Lovettsville Mayor Elaine Walker.

Early supporters of the museum included Postmaster Berkley Baker and his wife Edna, Dorothy Rickard, Elaine and Cliff Walker, Jane and Graydon Holler, Ruth and Bill Bishop and Fran and Bob Wire. “Now Fran and I are the only trustees left,” Walker said.

In 1979, the museum became the “Lovettsville Museum and Library.” In 1985, Loudoun County Public Library took over the staffing of the center. Two years later, the building closed. Walker recalled packing away some of the historical artifacts, then putting them back out again when the new Lovettsville Library opened in 1990.

In 1988, the “Lovettsville Museum and Library” became “the Lovettsville Historical Society,” re-opening in Christmas 1990.

The Lovettsville Historical Society Inc. was incorporated in 2009 as part of its drive to gain nonprofit tax status.

Current Society President Tom Bullock’s route to the organization followed an indirect path. He took a history class at Northern Virginia Community College, and, as part of his assignment, he was directed to interview a museum curator.

He had one right on his doorstep—Ruth Bishop, curator at the Lovettsville Museum. They met, and when a vacancy opened up on the board, he agreed to serve. He has his own restoration company so he likes keeping up with the area’s history.

The museum is owned by the town, which pays utilities and covers exterior maintenance, while the society pays for interior work.

The lectures are the responsibility of Society Secretary Ed Spannaus, whose love and knowledge of local history is deep. He wants to keep the lectures free, calling them an educational function for the community.“We pay the church $50, and sometimes pay travel expenses for lecturers. But donations cover expenses mostly,” he said.

It is the ruined and desolate landscape left at the end of the Civil War that is the focus of Gillespie’s lecture.Returning soldiers came home to find federal troops occupying familiar places, black people freed, the local economy in a shambles and their former world turned upside down.