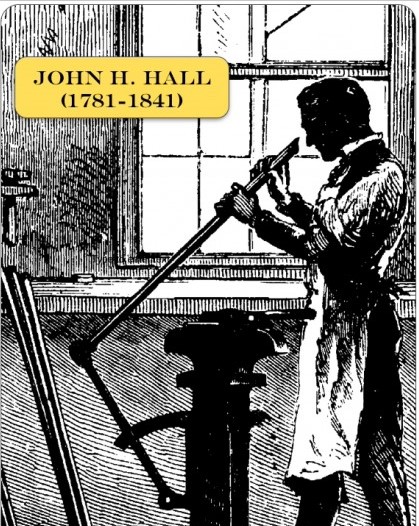 July 14: Geniuses of the Frontier: James Rumsey and John Hall

Making Something out of Nothing:
Geniuses of the Frontier —
James Rumsey and John H. Hall 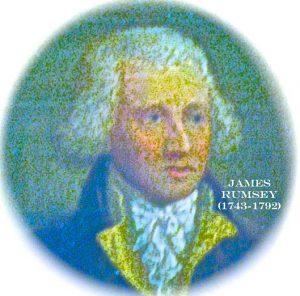 Within a forty-year span of time and within 25 miles of Lovettsville, two men in Jefferson County spawned modern-day steam turbine technology and revolutionized the way we make things — and the way the world makes things – later called “the American factory system.”

On Sunday, July 14, the Lovettsville Historical Society will feature Jefferson County historian Jim Surkamp, who will present the stories of these two remarkable men: James Rumsey and John H. Hall.

Blacksmith and millwright James Rumsey (1743-1792) of Shepherdstown was the first to insist that steam engines could be designed to carry us on water. (The Brits had already launched the Industrial Revolution with its advances with the Newcomen and James Watt’s on-land steam engine). But the world scoffed at crazy ideas like steam-driven navigation. James Rumsey ignited that idea. Thomas Jefferson spent an afternoon with him in Paris, and the next day wrote his friend, Joseph Willard, saying: “On the whole, Rumsey is the greatest, most original mechanical genius I have ever seen.”

Rumsey’s impact was in his far-seeing patents in London. The real-world impact of John Hancock Hall’s (1781-1841) incredible feat at Harpers Ferry was immediate, and was copied far and wide – and continues to this day.

The British captains of industry, upon seeing Hall’s game-changer at the Crystal Palace Exhibition in London in 1851 – the first world’s fair  – were so flummoxed, they toured the U.S. and all the armories, and bought $120,000 worth of equipment in period money, and hired away Hall’s protege James Henry Burton to build and manage the famous Royal Enfield Arms Factory. (Shh… no one’s supposed to know an American, for goshsakes, built it!)

After Hall we could quickly produce ANY number of muskets and breech-loading rifles absolutely interchangeable in their 63 parts, and using just teen-aged boys to mind up to three machines at any given time. This system of machines – the birth of automation – was then applied to sewing machines, then bicycles, then cars, and then Henry Ford added the moving assembly line.

Everything is manufactured that way now. Hall was the man who changed the world. And yet, most people have never heard of him.

Surkamp’s presentation will be held at St. James United Church of Christ, at 10 East Broad Way in Lovettsville. Admission is free, but donations and are welcome to defray expenses of the program and to support the activities of the Lovettsville Historical Society.