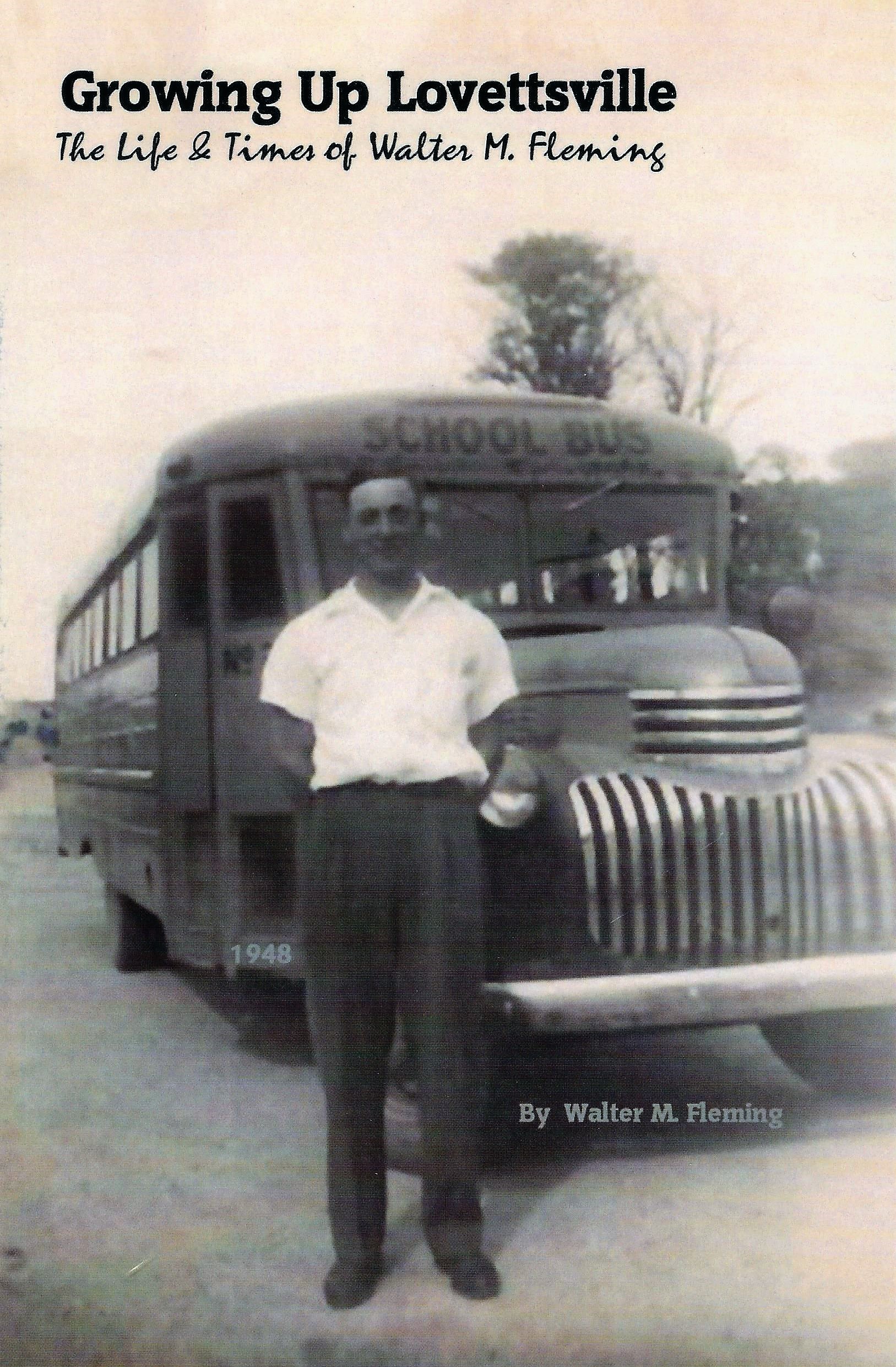 When A Farm Boy Drove the School Bus

When Dr. A. B. Householder brought Walter M. Fleming into the world on September 26, 1929 near Elvan, west of Lovettsville, there was a farm depression going on in rural Virginia. There had been for most of the decade. In four weeks, the rest of the nation would join them. The son of Alvin and Leona Fleming, Walter was born to a hard-working couple who were farming Millbrook, the farm of Dr. and Mrs. William J. Mallory of Washington, D.C.

Growing up on a Lovettsville area farm, Walter was a part of an intensive rural life known to generations who worked the land by hand and horse, a multi-skilled culture now largely lost. American culture today and particularly western Loudoun society assumes we know the basics of this life—it regularly enters our turn of phrase—and yet the vast majority of us no longer do. Walter Fleming absorbed every bit of it into his very pores.

With the help of his son, Loudoun History Award winter Ken, and his able writer and daughter-in-law Becky, Walter has sought to record that hardscrabble satisfying life in word and image with his new book, Growing Up Lovettsville: The Life & Times of Walter M. Fleming. It is a memoir of rural Loudoun life, but a memorial to small-town life in Lovettsville and nearby Brunswick, Maryland as well.

Fleming will speak at the Lovettsville Historical Society’s monthly second-Sunday history lecture series at 2:00 p.m. June 9th at the customary venue, the inviting sanctuary at St. James United Church of Christ at 10 East Broadway (the main street), in Lovettsville, with renowned historian Rich Gillespie acting as interviewer and moderator while Becky Fleming illustrates her father-in-law’s reminiscences with projected photos from the family album. The program will particularly focus on farm life in a time of intensive change, something Mr. Fleming became very familiar with in his subsequent career with Whitmore & Arnold (later Browning Equipment) dealing with agricultural implements. Additionally, as a high school student school bus driver, Fleming will share his memories of school life at Woodland and Lovettsville Elementary Schools as well as Lovettsville High School (now the Lovettsville Community Center).

Those with long memories of Northern Loudoun are especially invited to attend and follow in the Lovettsville Historical Society’s long tradition, in which the audience becomes involved with questions and their own memories at the end of the formal presentation. Whether its adventures across the wood-bottomed Brunswick Bridge or memories of the August 31, 1940 airliner crash (Walter Fleming heard it crash and saw the results shortly after), presentations like this one refresh old memories and bring a younger generation and newer residents “into the fold” of the region’s communal experience.

Walter Fleming will have copies of his memoir available and will autograph the well-illustrated volume. Admission is free, but donations and memberships are welcomed to defray expenses of the program and to support the ongoing activities of the Lovettsville Historical Society.