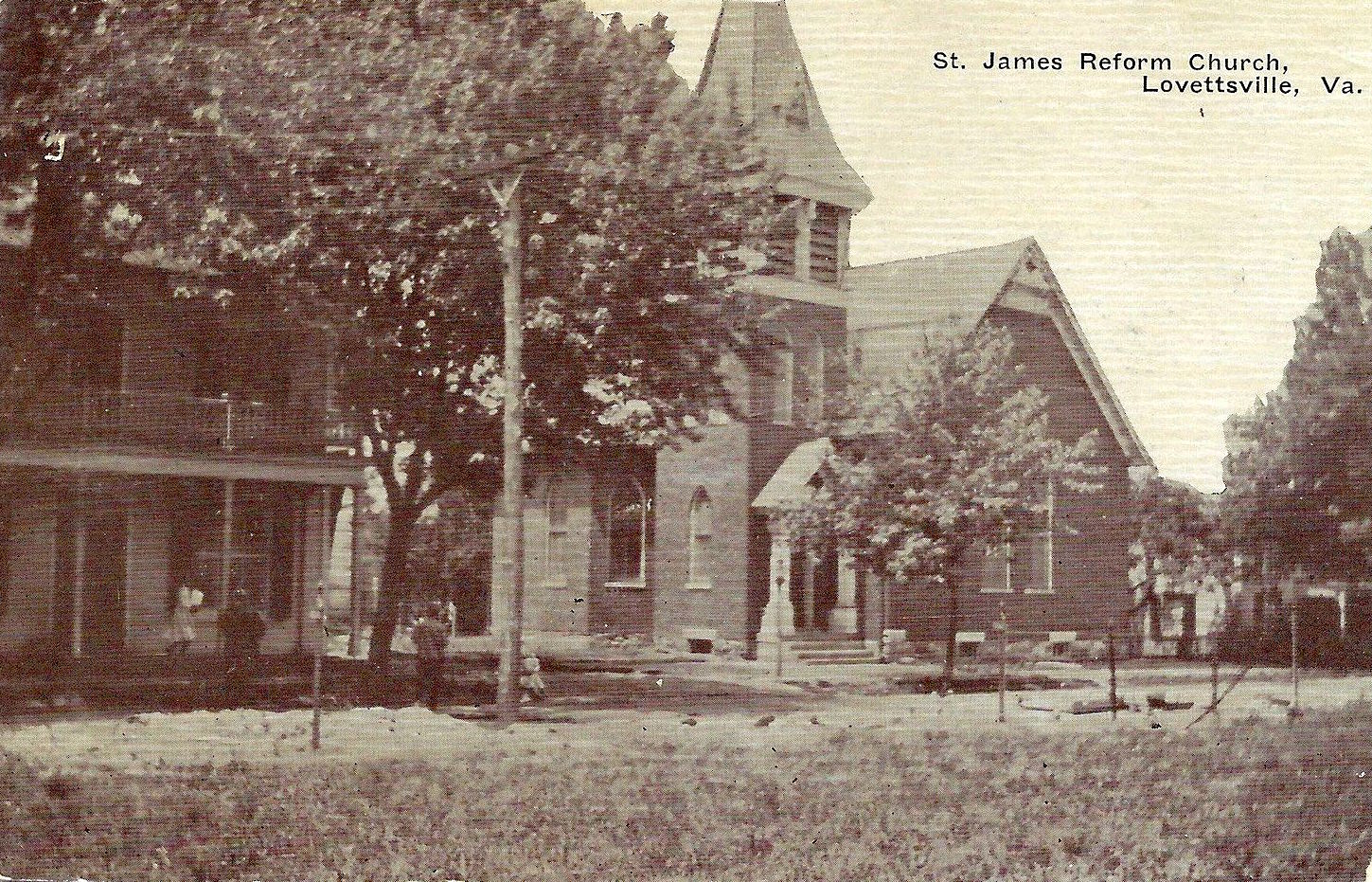 The 283-year history of Lovettsville’s old German Reformed Church, now St. James United Church of Christ, will be the topic of the next presentation in the Lovettsville Historical Society’s Lecture Series, to be held on Sunday, May 15, 2016.  The main presenter will be former St. James pastor and church historian, the Rev. Roland England, assisted by former Mayor Elaine Walker, and other past and present members of St. James.

As Rev. England has written, “The history of St. James and that of Lovettsville are inseparable.”  It has always been a center of life in The German Settlement, and later in the town of Lovettsville, which wasn’t laid out until 1820.  Founded around 1733 by Germans settlers arriving from Pennsylvania, the congregation first met in members’ homes. Legend has it that the German Reformed (Calvinists) were the first to arrive here from Pennsylvania, with the Lutherans coming a few years later.  The first clergyman known to visit here was the Rev. Michael Schlatter, who stayed here briefly as a guest of Elder William Wenner.

The first three church buildings – two of logs, the last of brick — were built on the site where the old St. James Reformed Cemetery remains today. In 1901 the congregation erected a new church building at its present location in the town of Lovettsville, and it was named St. James.  Up until that time, it was known simply as the German Reformed Church.  Mergers in the 20th century resulted with St. James becoming part of the Evangelical & Reformed Church, and then the United Church of Christ.

Pastor England and the presenting team will describe St. James’s vibrant role in the community from the early 18th century, up through the 20th century and beyond.

The program will be held, as usual, at St. James United Church of Christ, 10 East Broad Way, Lovettsville, at 2:00 p.m. Admission is free, but donations are welcome to defray expenses of the program.