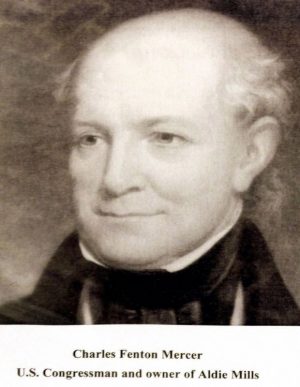 Presented by Nancy B. Spannaus

In-person at Lovettsville Town Council Chamber (behind the Museum)

and Online via Zoom

After almost two years of suspension of our Monthly Lecture Series due to Covid-19, the Lovettsvile Historical Society is pleased to announce that we are resuming the Lecture Series, picking up where we left off in the Spring of 2020.

The state of Virginia is commonly known as “Jefferson country,” but in the early days of the republic, that wasn’t always so. Here in Loudoun County, a large percentage of the citizens yearned for the economic development which Jefferson opposed. They rallied around candidates of the Federalist party, who put forward the programs of Treasury Secretary Alexander Hamilton.

Yes, Loudoun County was the “Federalist stronghold” of Virginia. Prominent leaders of the Federalist Party took up the vision of Hamilton and George Washington and clashed with Jefferson and his supporters. They fought to ratify the Constitution, establish the First Bank of the United States, build canals and roads, and much more.

Nancy Spannaus, author of Hamilton Versus Wall Street, discussed these fights in the article “Loudoun County: Federalist Stronghold,” which was published in the 2020-2021 edition of the Bulletin of Loudoun County History. She focused on two of the most prominent Federalists in the state and county, Levin Powell of Middleburg and Charles F. Mercer of Aldie. Their lengthy careers enrich the picture of Virginian politics on the crucial issues of the time—and even today.

Nancy was scheduled to present the highlights of this work on April 19, 2020, which had to be cancelled due to the pandemic. Hers will now be the first lecture of the revived lecture series on Sunday, March 13, 2022. It will be held in the old Town Hall, now the Council Chambers, which is directly behind the Lovettsville Museum, at 4 East Pennsylvania Avenue, Lovettsville VA 20180.

The event will held be both in-person with limited seating, and will be streamed online via Zoom. The Zoom link will be sent out a few days before the lecture. Please RSVP to events@LovettsvilleHistoricalSociety.org.

The mission of the Lovettsville Historical Society is to foster a sense of place and community by preserving, protecting, and educating about the history and heritage of Lovettsville and the German Settlement. The Society is a tax-exempt 501(c)(3) organization under the Internal Revenue Code. Contributions and membership dues are tax deductible under Internal Revenue Code Section 170.