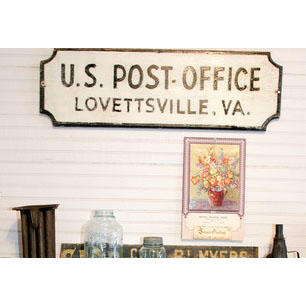 On Sunday, Feb. 8, 2015, the Lovettsville Historical Society will kick off its 2015 Lecture Series with the fifth installment in a series of Sesquicentennial glimpses of the local experience before and during the Civil War, featuring the Mosby Heritage Area Association’s Executive Director Richard Gillespie.

One hundred fifty years ago, Loudoun County was nearing the end of Civil War. If 1864 was about frustration on both sides leading to the use of “total war” tactics that would leave the Loudoun Valley a shambles–burning wagons, burning farms, burning crops, and burning hatred—then 1865 was the year when all of those burning changes came to roost. While the War came to an end in April, the results and impacts of those cataclysmic four years would now take effect with a vengeance. Surprisingly, local fighting lasted until after Appomattox, which will be examined.

The program will use local historic sites and landscapes to weave a tapestry of civilian and soldier experience during the final months of the South’s ill-fated bid for independence, including a glimpse at the first months of Freedom for the enslaved. Richly illustrated with photo and anecdote, this glimpse of 1865 shows a Loudoun sliding into devastation after four years of War.

The program will be held at the historic St. James United Church of Christ, 10 East Broad Way, Lovettsville, at 2pm. Admission is free, but donations will be welcome to defray expenses of the program.