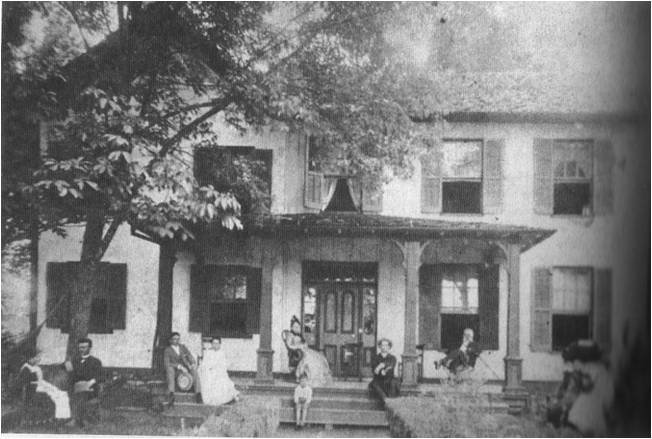 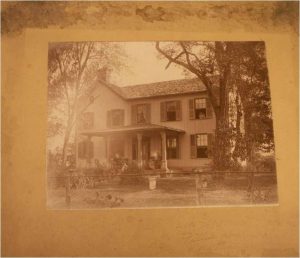 On Sunday, February 10, for the launching of Lovettsville Historical Society’s 2019 Lecture Series, we will hear the story of one of Lovettsville’s most colorful characters, the businessman, trader, speculator, and politician A.T.M. Filler. Bart Hodgson, co-proprietor of Linden Hall B&B, will discuss the life and times of Filler, as well as the story of the “Filler House” now better known as “Linden Hall.”

The known history of Linden Hall began when farmer Nicholas Borders leased 123 acres from an. agent of Lord Fairfax. His lease stated the land was “now in occupation of Nicholas Borders,” and referenced a 22’x26’ log building. The land was owned by a succession of well-to-do residents preceding Armistead Filler, who purchased Linden Hall in 1853, and lived there until his death in 1897.

Historian Yetive Weatherly related that “Both the Filler Place and the Fillers themselves have long occupied a place of eminence in the Lovettsville Community. To savor some of the old glamour and romance, one need only to turn to another of [a long time Lovettsville resident’s] tale: ‘The whole farm was a showplace. I can remember when it was…. The Filler house was a showplace, too. Nobody else around Lovettsville ever entertained senators and men high up in the Government.’”

During the Civil War, Filler took part in a number of escapades, including smuggling, that belied his apparent standing in the community, and he was captured and/or arrested at least twice. Linden Hall hosted both Union and Confederate troops and officers. The farm stayed in the family until sold by Filler’s granddaughter in 1959 to Earle and Yetive Weatherly, and ultimately to Bart and Carol Hodgson.

Mr. Hodgson’s presentation will be given at St. James United Church of Christ, at 10 East Broad Way in Lovettsville. The program will be followed, as is customary, by questions and discussion.

Admission is free, but donations and are welcome to defray expenses of the program and to support the activities of the Lovettsville Historical Society.