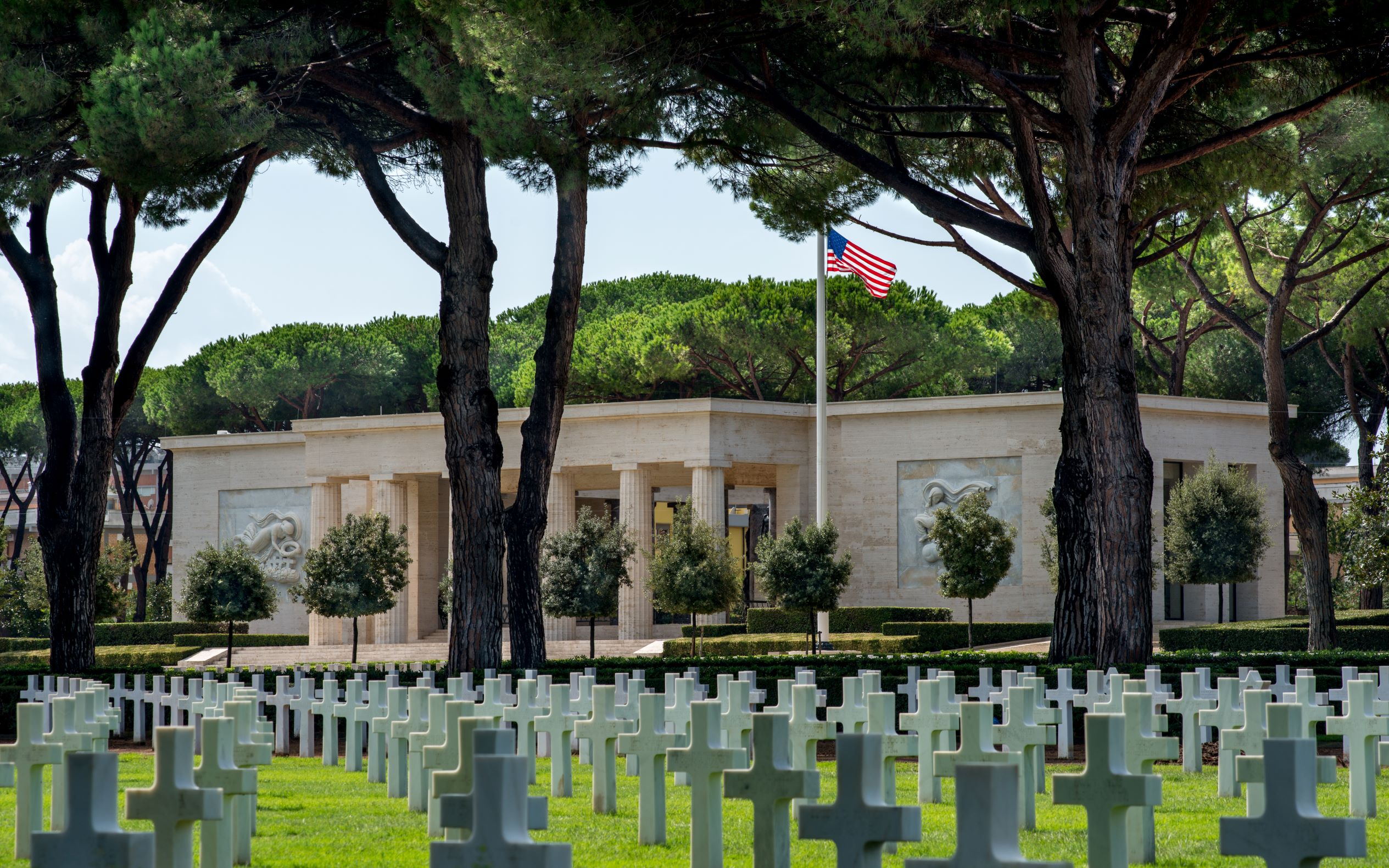 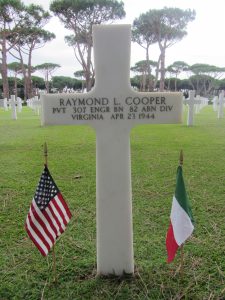 Today, January 22, 2019, Sicily-Rome American Cemetery in Nettuno, Italy, will host a series of commemorative events beginning with a ceremony at 10:30 a.m. to mark the 75th anniversary of the Allied landings at Anzio and Nettuno.

Among those interred at this cemetery is Private Raymond L. Cooper, a graduate of Lovettsville High School, who was mortally wounded in the Anzio campaign.

Today’s events pay tribute to the almost 11,000 Americans honored at Sicily-Rome American Cemetery, who died fighting to liberate Italy. Stalemated at the formidable Gustav Line north of Naples in late 1943, the Allies outflanked the line with surprise, amphibious landings at Anzio and Nettuno on January 22, 1944 – called “Operation Shingle.” The Germans hurled three major counterattacks against the beachhead.  Severe combat continued along the Gustav Line against well-entrenched German forces.  On May 11, Allied forces broke through the defensive lines with a massive offensive. By early June of 1944, Rome was liberated.

Raymond Luther Cooper was born on January 4, 1917, the son of Harry J. Cooper and Viola Compher Cooper, and was baptized at New Jerusalem Lutheran Church in Lovettsville on December 3, 1920.  Raymond attended Lovettsville High School, and then worked as a brick and stone mason and a tile setter. He was married to Marian Deavers of Berryville.

Raymond Cooper enlisted in the U.S. Army on May 7, 1941, and served with the 82nd Airborne Division, in the 307th Airborne Engineer Battalion, Company C.  His battalion was part of the invasion at Anzio, which is likely where he was wounded. Before that, the 82nd Airborne had taken part in the landings in Sicily and Salerno in 1943.

According to a letter sent to his parents by a military chaplain, Raymond was wounded on April 12, 1944, and succumbed to his injuries on April 23.  However, some local newspaper accounts say he had been in the hospital for a couple of months.  This author, and the late Jim Schatz (an 82nd Airborne veteran), in seeking information about PVT Cooper, were advised by the Airborne and Special Operations Museum that there is debate about how long PVT Cooper was hospitalized prior to his death.

A memorial service was held at New Jerusalem on Sunday, September 3, 1944, after the regular Sunday services, according to an article in the Sept. 7, 1944 Blue Ridge Herald. The chaplain’s letter was read by Pastor Aaron Tobler. The chaplain said he had visited Raymond eleven times in the hospital, and that Raymond “died in the Faith, giving his life for his fellowmen and his country.”

He said that PVT Cooper was given a religious burial on April 25, 1944, and that “his remains lie in a beautiful well-kept cemetery in Italy, protected by our Allies.” 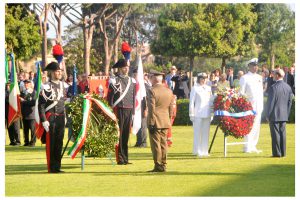 The article in the Blue Ridge Herald concluded by reporting that, “The blue star, representing Pvt. Cooper on the service flag in the church, was covered by a gold star by his father, H. J. Cooper.”

That flag, with 30 blue stars and the one gold star, is still in the possession of New Jerusalem Lutheran Church.