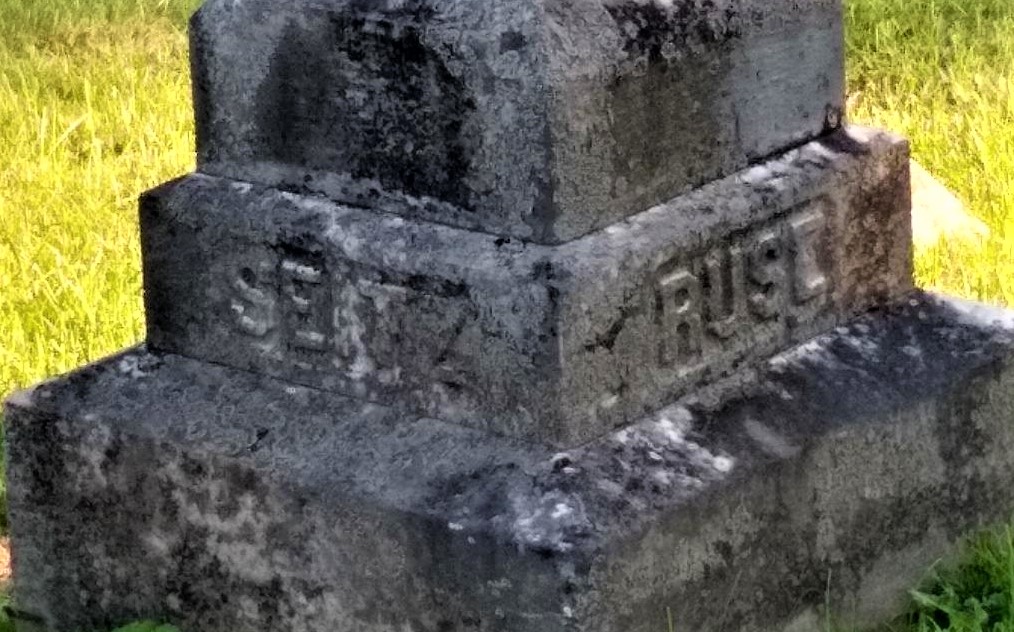 The family of W.S. Seitz, builder of the Ruse bank barn

Although the Seitzes were not one of the pre-Revolution German families in Lovettsville, the family’s roots were thoroughly grounded in Pennsylvania German and Swiss immigrants. They came from Pennsylvania to the Lovettsville area via northern Baltimore County, not through Frederick County as did most of the local families.

But, unlike the family of Christian Ruse, which was almost impossible to trace, the Seitz family is well-documented back to its immigrant origins.

Andrew Seitz [Jr.], Winfield’s father, was born in 1823 in Gorsuch Mills, Maryland, a small town in Baltimore County which is about a mile south of the long-disputed Pennsylvania-Maryland border.  His father, Andrew Seitz [Sr.] had moved there from Hametown, in York County, Pa., which is only about ten miles from Gorsuch Mills. His grandfather Johannes Georg Seitz was a “Palatine” immigrant, having been born in Baden-Württemberg (now Germany), in 1740, and emigrating to Pennsylvania in 1764 with his new bride, Anna Catharina. There is even some direct Swiss ancestry there, through Catharine Klinefelter, the wife of Andrew Seitz Sr.

We know a lot about Winfield’s father, Andrew Seitz Jr., because of the availability of records from his post-Civil War claims to the Southern Claims Commission, in which he sought compensation for timber and lumber taken by the Union Army from his farm in Morgan County, WV.[1] Morgan County is along the Potomac at the beginning of the Panhandle; from northern Loudoun County, going west, are Jefferson, Berkeley, then Morgan County.

Why were Andrew, and Winfield, there? According to testimony in the claims case, Andrew was living in the Lovettsville/Hoysville area until the Spring of 1861. In May 1860, he had been elected one of four Magistrates (or Justices of the Peace) for the Lovettsville District, running in opposition to the Democratic machine candidate. He was also the local School Commission for the Literary Fund, a position which he relinquished in 1861 at the outset of the Civil War.[2]

Seitz was strongly opposed to secession and said he would leave Virginia if it seceded from the Union.  It did, and he did, staying in Morgan County until the end of the war – except for a short trip to Pennsylvania in 1863.  According to testimony in the claims case, Seitz returned to Loudoun in 1868 and was “made” a deputy Sheriff by the military authorities of the state.  It is not known if that is true, but the well-researched book, Between Reb and Yank, reports that, in the elections after Virginia was re-admitted to the Union in 1870, Seitz was defeated in the race for sheriff, thus keeping that office “safely in `Confederate’ hands.”[3]

Following is a genealogical summary for Winfield Scott Seitz and his direct ancestors:

Andrew Seitz married Amanda Russell Yakey/Yeaky (1817-1883) on 9 Nov. 1848 at New Jerusalem Lutheran Church in Lovettsville; she was a widow with at least three children who went to live with Andrew and Amanda after their marriage. Amanda’s maiden name was Russell. She had married Martin Yocky/Yakey (1815-1846) on 1 Nov. 1836 at New Jerusalem. Martin Yakey died 3 Jan 1846, and is buried at the German Reformed Cemetery.  Andrew and Amanda had a daughter, Sallie Ann (1853-1939), who married Charles T. Williams.[6]  They lived on Pike Street (now South Loudoun St.).

Several members of the Seitz family are buried at Lovettsville Union Cemetery. Photos are courtesy of Betty Frain from Find-A-Grave.com. and the author.

[2] The state Literary Fund was created by Charles Fenton Mercer, as part of his advocacy for public schools in opposition to Thomas Jefferson; it was intended for the education of the poor, and was the closest thing Virginia had to a public school system until Reconstruction.  When Andrew Seitz resigned as Commissioner, he was replaced by J.C. Rust. Literary Fund School Commissioners file, Loudoun County Clerk of Court, Historic Records Division.

[4] Some sources say he was born in Lovettsville; but in one of the Southern Claims Commission files, it was said that Winfield was born on Morgan Co. WV, as does his Find-A-Grave record; his baptismal record is from the Reformed Church in Lovettsville on 23 March 1851. (Family Search)