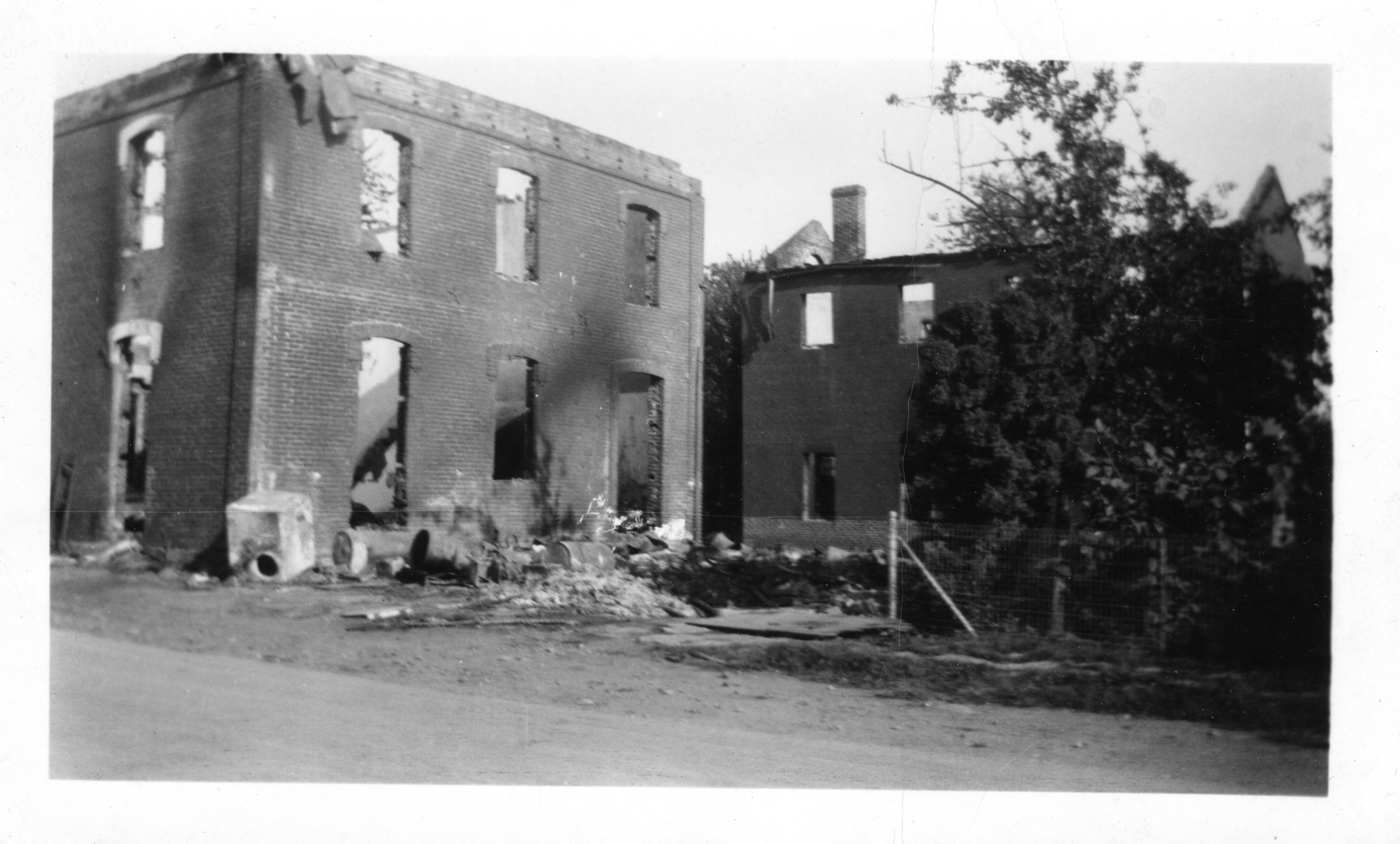 [Excerpted from the book “Lovettsville, The German Settlement” by Yetive Weatherly, published in 1976]

While the fire had no great effect upon the future of Lovettsville, we feel it deserves a place in this book because it impressed so many people.  The who were living here at the time never fail to mention it when reminiscing about old times.

Certainly the fire must have been spectacular.  It not only burned the store, living only a two story brick shell, but left the Masonic Hall net door badly damaged without a roof.

Although the cause of the fire was never really known for sure, most people thought it came from a faulty Delco electric generating engine in the basement.  [It was not until 1924, the following year, that electricity came to Lovettsville.]  The old style power plant was used by Mr. Thomas Smallwood who showed moving pictures in the rear of the building.  Subsequently, Mr. Smallwood moved his theatre to the Kreiger Building.   Several persons, in recalling the days when Lovettsville had its own movie theater, remarked about the old player piano that provided music for the films.

After the fire, the second story of the store was removed and the building looked as it does now, its pyramid roof being its most significant feature.

McClains’s Store has served its present purpose for many years.  Its grand floor, which was not burned, goes “way back,” old timers say.  It was a store during most of the nineteenth century and has, from time to time, been associated with such old Lovettsville family names a Frye, Eamich, Smallwood, and Grubb.  Robert and Beatrice McClain bought it in 1945.

[McClains ceased operation in 1990.  Later tenants of the building include Lovettsville Pizza, Beauty On Broadway, and the Catoctin Bible Church.] 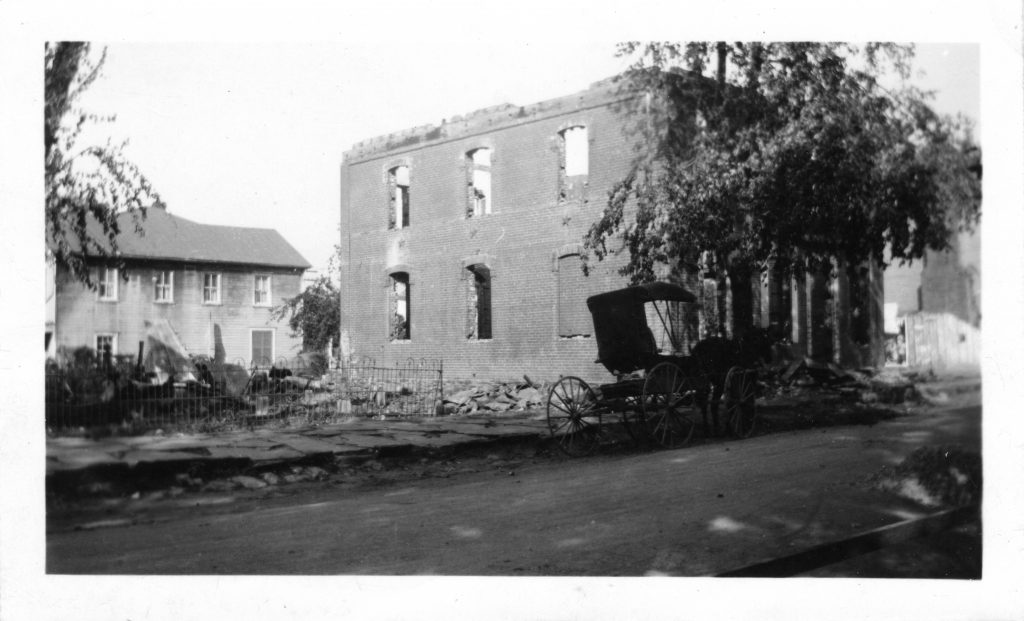 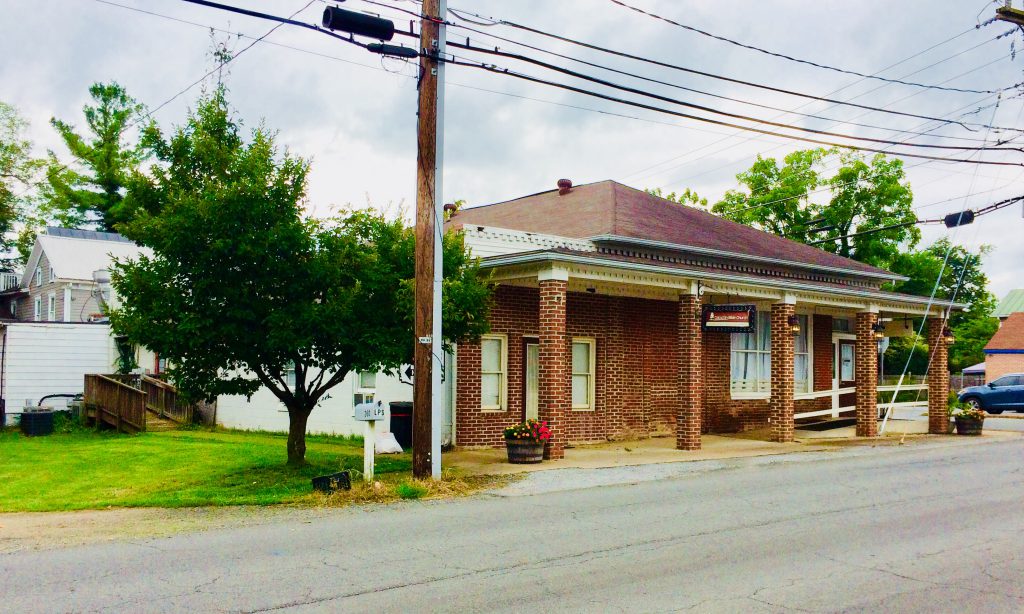