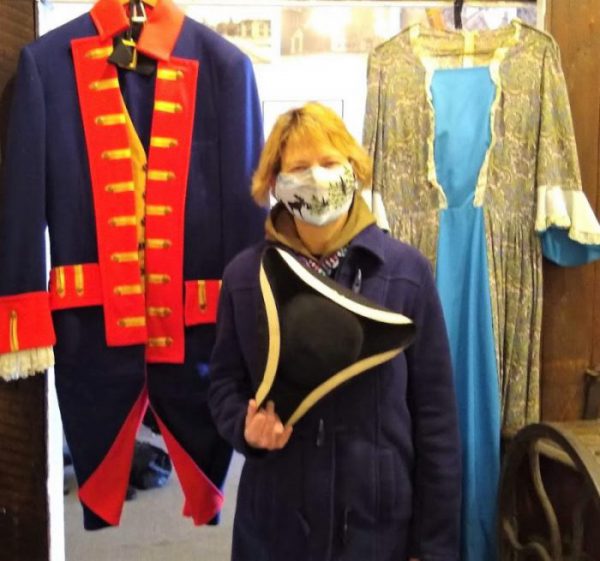 Bicentennial Costumes Donated to the Museum

The costumes worn by Michael and Julia Kretsinger during the 1976 Bicentennial celebration in Lovettsville have been donated to the Lovettsville Museum by their family. Susan Kretsinger Geary, pictured above, presented the costumes to the Museum on January 22.

Michael Kretsinger was the Pastor of New Jerusalem Lutheran Church from 1954 until his death in 1993. His wife Julia was the organist and music director until her retirement in 2020. Julia Kretsinger passed away in October of 2021.The costumes were made by Julia’s mother, the late Elizabeth Yost of Biglerville PA. 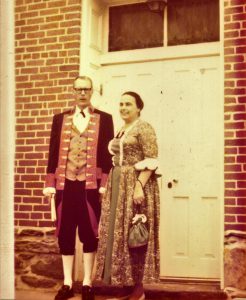 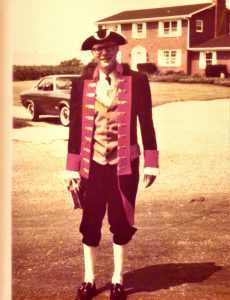 We will be looking for volunteers to wear these beautifully crafted outfits during the upcoming 250th Anniversary of the American Revolution in 2026! 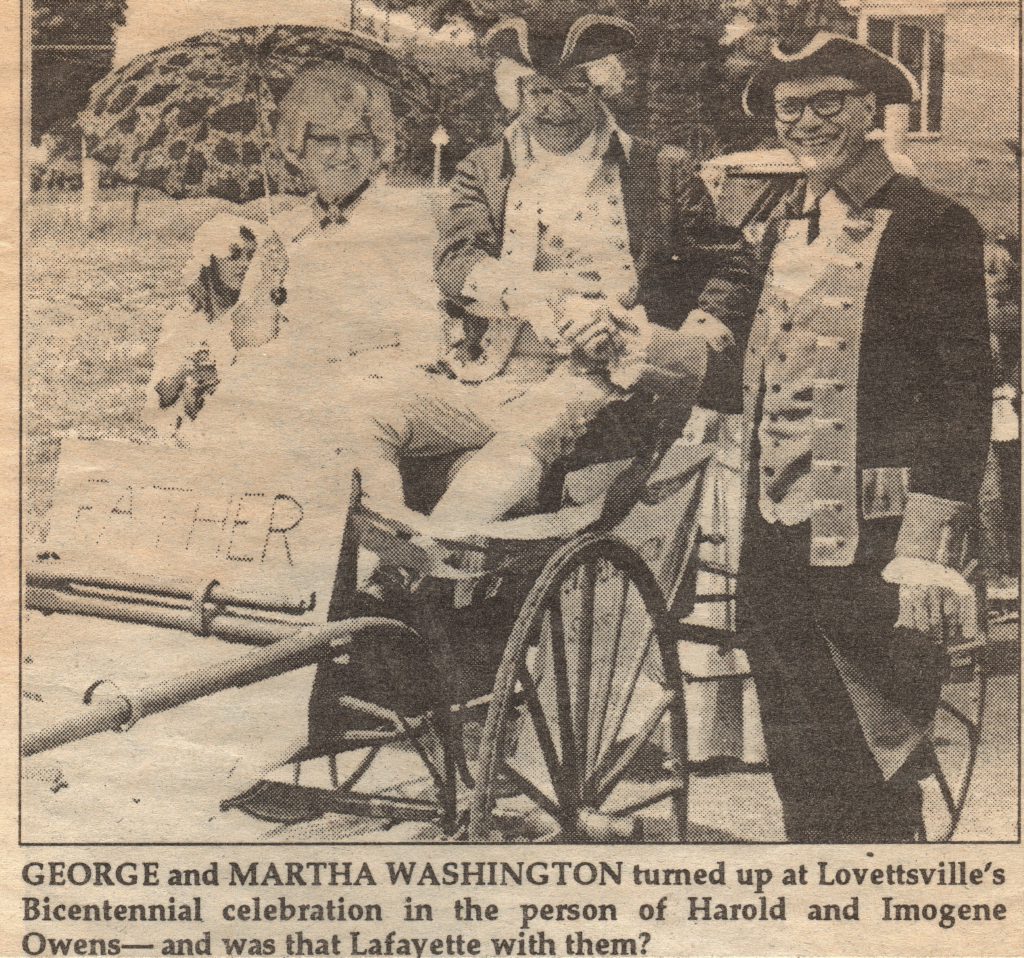