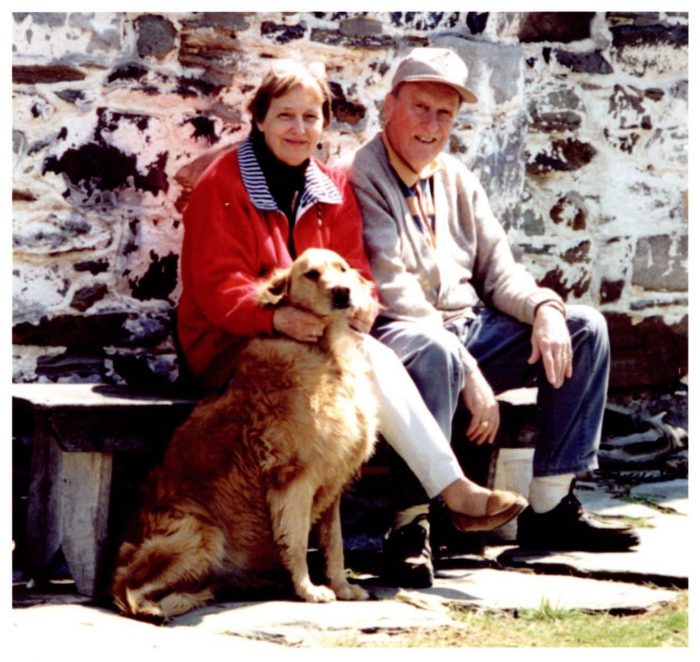 The Lovettsville Historical Society is saddened by the death of Fran Wire, the proprietor of George’s Mill, who was a leader of the Historical Society for many years. Fran served on the Board of Directors for at least 15 years and was Chairperson for a number of years from the late 1990s into the 2000s.

It was in 1988 when Fran and her husband Bob Wire joined the Board of Directors of what was then called the “Lovettsville Museum.”  A little history is in order here.

The building at first had a small library in the front room, and museum artifacts in the back room.   The library was so popular, and grew so fast, that the County took it over in 1985, and by 1987 it had expanded so much so as to squeeze out the museum, so that the museum’s contents were packed up and put into storage until the new library was constructed on Light Street.

At that point, the group became simply known as the “Lovettsville Museum.”  It was during the next year, 1988, that Bob Wire and then Fran Wire were invited to join the Board of Directors. Within a few months of the Wires joining, the name was changed to the “Lovettsville Historical Society” and the group’s focus changed more toward compiling and preserving local history. One of the first things that the Wires did, was to visit the Frederick Historical Society and Museum to obtain some ideas for the new focus. (Others visited the historical societies and museums in Charles Town and Shepherdstown WV.)

It seems clear that the time when Fran and Bob Wire joined was a turning point, where what had been simply a Board of Directors for the Museum, changed into a broader membership organization, with a new mission focusing on the history of Lovettsville and the surrounding area. This is reflected in the minutes for the next few years, where the emphasis becomes gathering materials on local history, putting more attention on genealogy, and sponsoring outside speakers for lectures held at the Community Center.

Even after she resigned from the LHS Board in 2013, Fran retained her interest in the organization and in local history.  In May 2018, she gave a presentation on George’s Mill and the George Family as part of the LHS’s monthly lecture series, which was well-attended, which elicited a lively write-up in the Brunswick Citizen.  Fran offered the house at George’s Mill for LHS meetings and was always willing to show the house to visitors. She loved history, she was gracious, and was full of stories, and she will be deeply missed by all who knew her and worked with her.