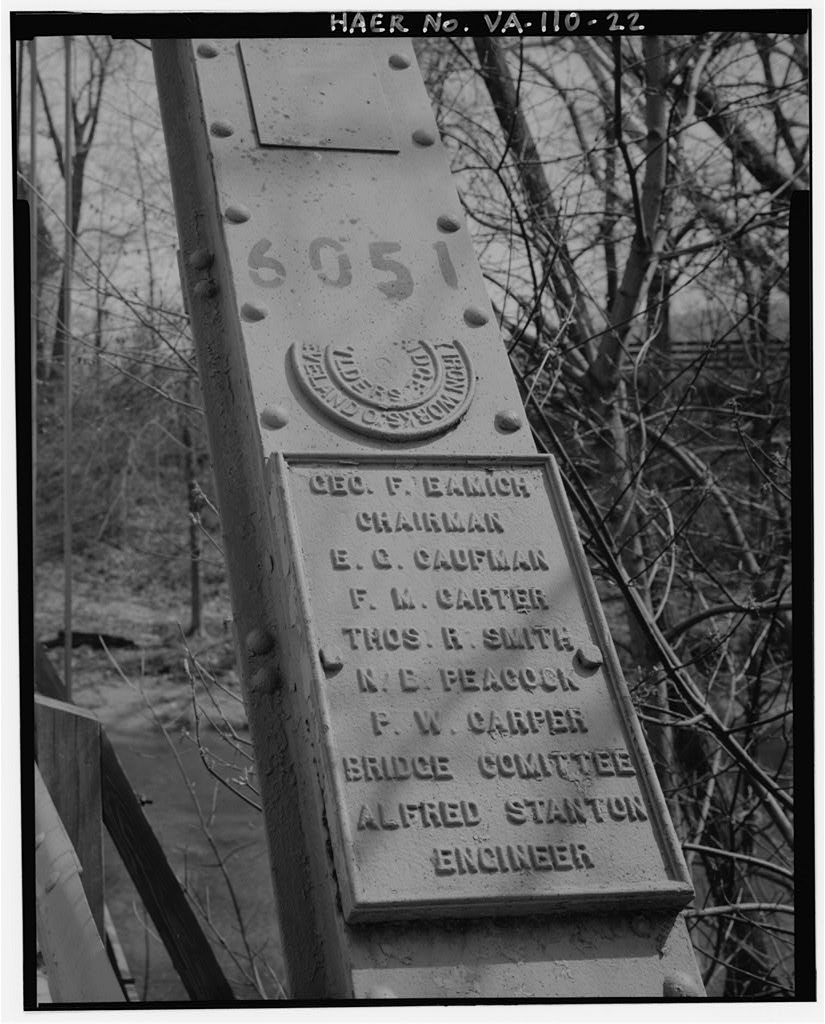 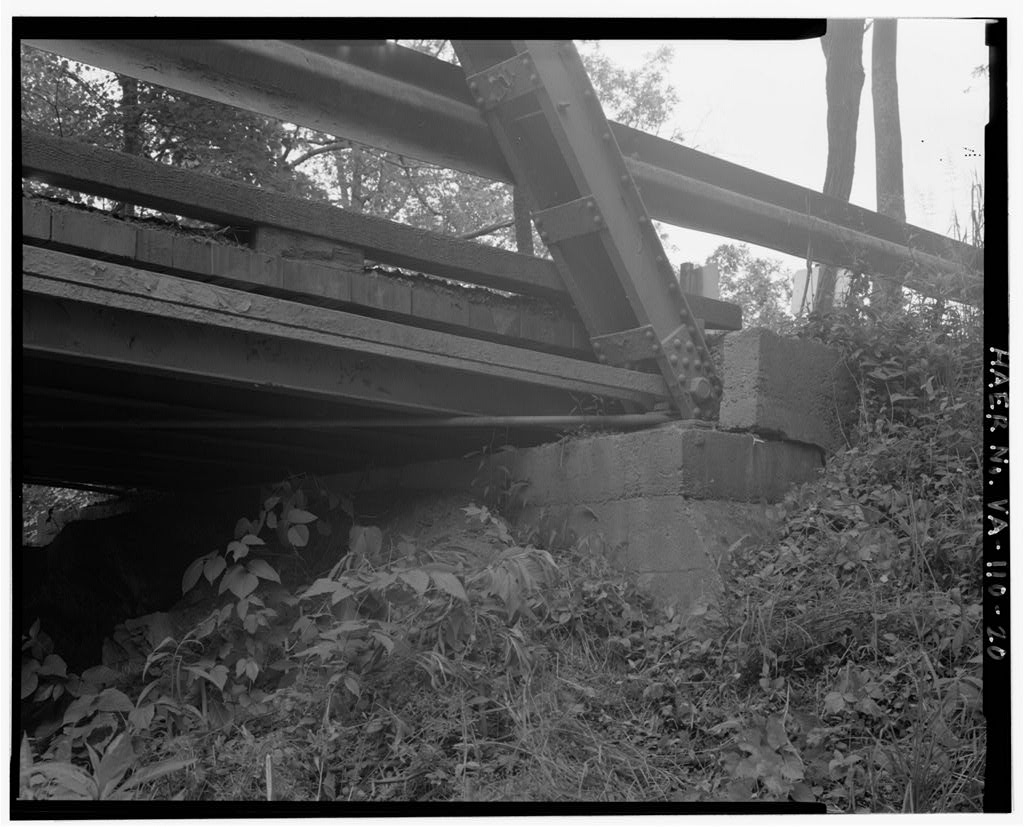 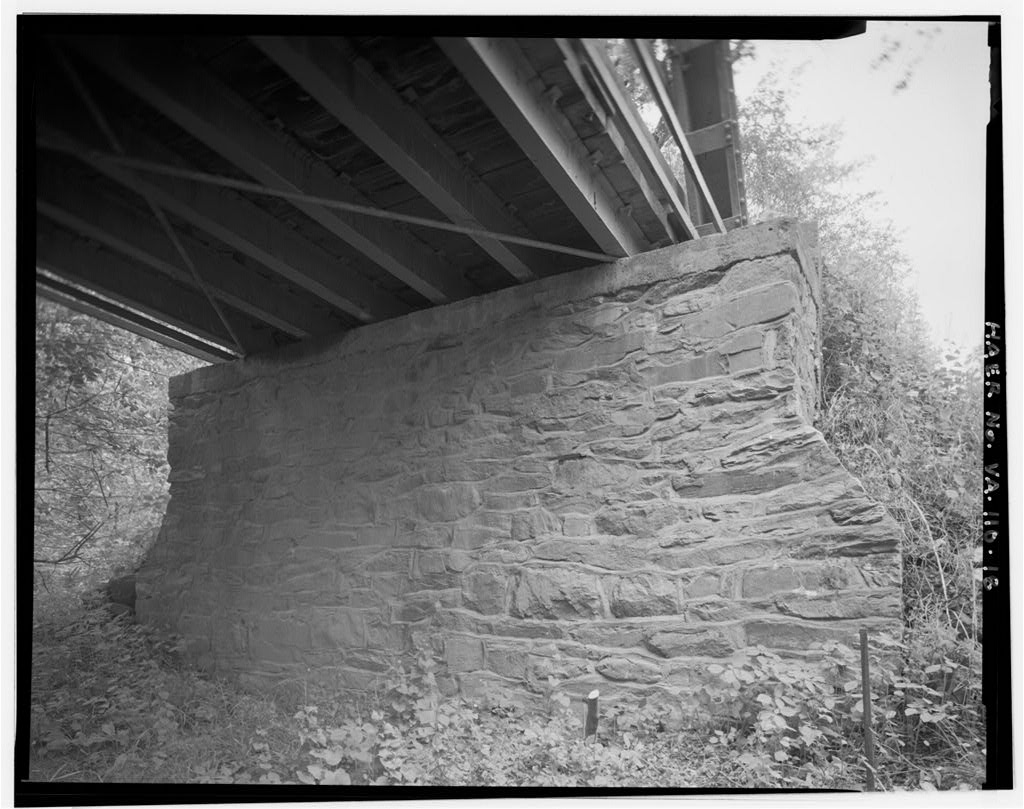 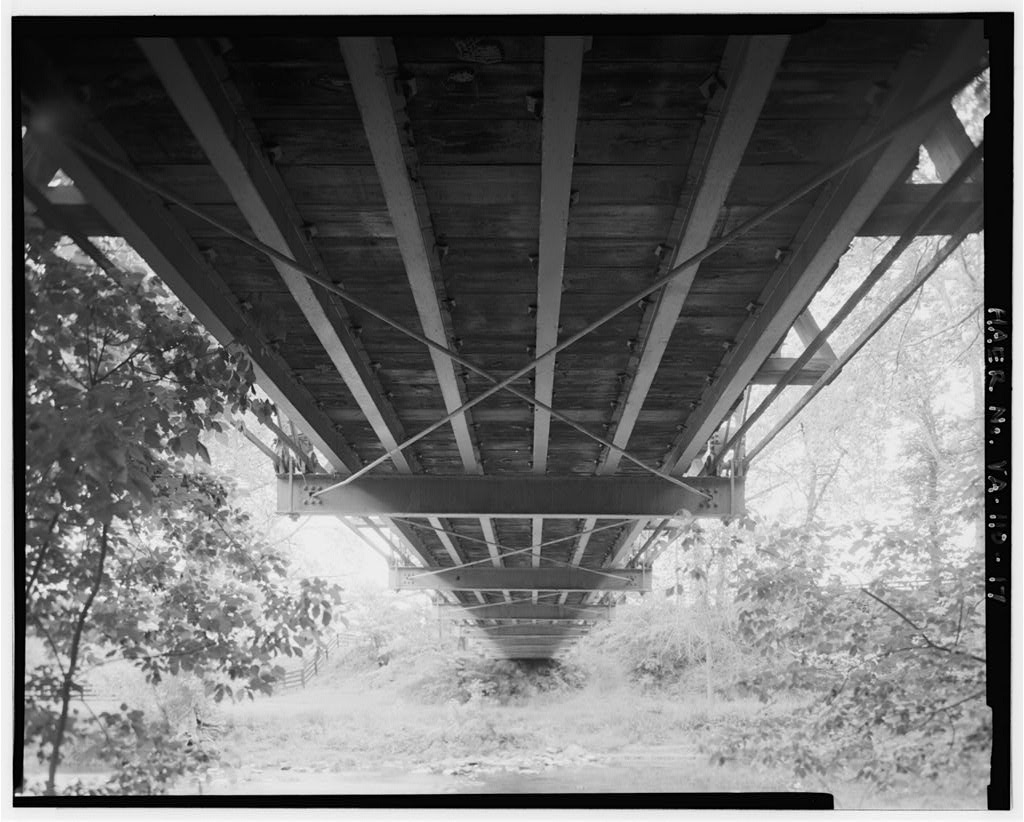 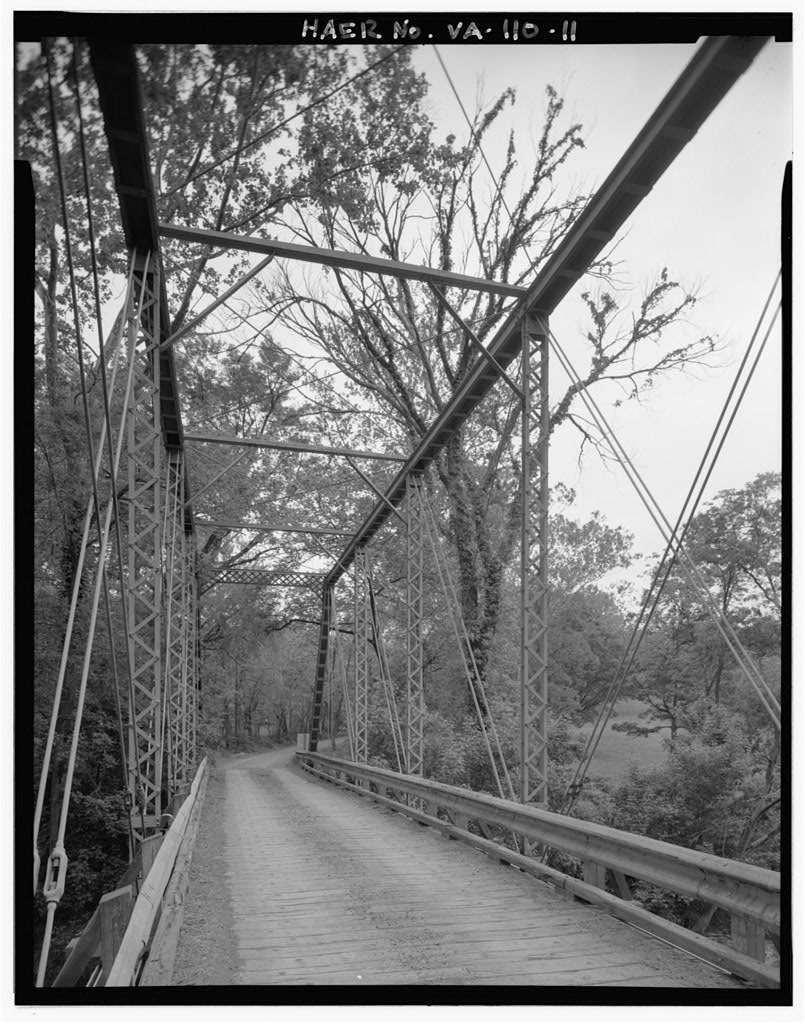 If you have driven on Milltown Road, Taylorstown Road, or Loyalty Road in the past year, you have seen the detour signs for Featherbed Lane. Since early 2021, Featherbed Lane has been closed to through traffic. This is a long time for an existing gravel road to be under construction, so why is the closure so important?

The John G. Lewis Memorial Bridge is a steel truss bridge, originally built in 1889, that has spanned the Catoctin Creek since 1932. The bridge is one of the last of its kind, and until recently it still carried an average of 60 cars per day on the single-lane wooden pier. For years, the structural stability of this historical landmark was in question, and in February 2017 preliminary engineering work on the bridge began. This five-year, 5.6-million-dollar project is set to be completed in Spring of 2022.[1]

The plan is to install the existing truss above a new steel beam and timber deck bridge, add a new bridge pier, and upgrade the bridge railings. On April 9, 2021, a Virginia Department of Transportation (VDOT) crew lifted the bridge off its foundation and set it to the side to be repaired. A video was tweeted on bridge lift day by VDOT Northern VA that shows and explains the process.

But how did a bridge constructed in 1889 end up over the Catoctin Creek in 1932?

The John G. Lewis Memorial Bridge, also known as Virginia Department of Transportation Bridge #6051, originally spanned Goose Creek at what is now Route 7. There is not much documentation about the details surrounding its construction and its move to Featherbed Lane. Historian John G. Lewis discovered, through a combination of oral history and physical documentation, that this was the Bridge #6051 constructed by Variety Iron Works of Cleveland, Ohio, which had replaced a previous bridge on Goose Creek that had been destroyed by flooding. The new replacement allowed the Leesburg & Alexandria Turnpike to continue operation.[2]

After decades of use on the turnpike, Bridge #6051 at Goose Creek was replaced by a wider bridge (#2001) which was in operation until the path of Route 7 was later realigned and shifted to the north. The newer Bridge #2001 was visible from Route 7 until 2018, when it was demolished: see the related WTOP article for details.

Featherbed Lane, previously known as Featherbottom Road, had a bridge spanning Catoctin Creek for quite some time before Bridge #6051 was transported to the site in 1932. The construction methods of the bridge abutments indicate that there was a much older bridge previously located there. Though there were once many bridges crossing the main portion of Catoctin Creek, the number of crossings has been narrowed down to three (Lovettsville Road, Taylorstown Road, and Featherbed Lane). During various storms, including the one in 1889 that caused the Johnstown Flood in Pennsylvania[3], many of the wooden bridges in Loudoun County were destroyed. Catoctin Creek is very prone to flooding and the historic villages that sit on its banks have borne witness to this fact.

Who is John G. Lewis and why is the bridge named after him?

In 1974, a dam was proposed at Taylorstown that would have flooded 3,000 acres bordering the Catoctin Creek between Taylorstown and Waterford, and which would have effectively demolished the Featherbed Lane bridge and all historical residences in the area under a 120-foot-deep reservoir[4]. Through the efforts of the Catoctin Valley Defense Alliance and the Don’t Dam Loudoun movement, the damming of Catoctin Creek was prevented.[5] Historian Lewis, who had extensively researched properties in the City of Winchester and in Frederick (VA), Loudoun and Clarke counties, extensively researched the history of this area, and he was the main proponent of this bridge being placed on the National Register of Historic Places in 1974. By applying his historic knowledge, in addition to the preservation of the bridge, Lewis helped to get multiple residences, and entire historic districts (Taylorstown, Waterford, Goose Creek) placed on the National Register. And, his efforts provided some of the documentation required to push back against the damming efforts of Fairfax Water Authority and U.S. Army Corps of Engineers, which would have destroyed much of our historical land and properties.

Thus, in July 2015, Bridge #6051 was officially named the John G. Lewis Memorial Bridge to honor the preservation efforts of this historian who had such a significant impact on the region.[6]

[2] Here is a copy of the Historical Engineering Record for this bridge that was compiled by the National Park Service in 1994, when there were once again discussions related to removing the bridge. asset_upload_file815_78613.pdf (virginiadot.org)

Pictures: Compiled for the Historic American Engineering Record prior to 1968 and now available through the Library of Congress. https://www.loc.gov/item/va1743/