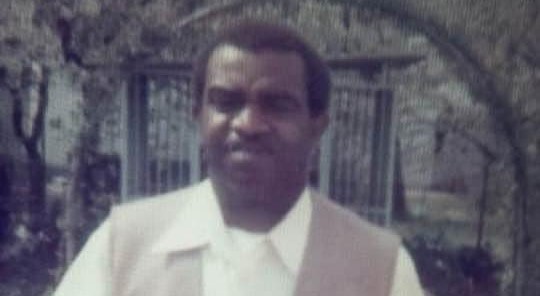 The power of the Internet never ceases to amaze me. Often in the news, we hear about someone’s research leading them to a discovery that would have taken much more time to uncover 30 or so years ago, but now the mystery is solved within a matter of minutes.

Recently the Lovettsville Historical Society (LHS) received a message from a young man who lives in Germany. He had seen the article entitled, “Ray and Sarah Edna Anderson: A Profile of Two of Lovettsville’s African American Citizens,” that was published in July 2021 in the LHS newsletter. He wrote the LHS to thank the society for the article. It turned out Ray Anderson (1888-1960), my great-great uncle) was his great-grandfather, and he had been looking for more information about his family.

His full name is Pascal Rayvon Sommer and his grandfather was Ralph Lee Anderson (1938-2009), one of Ray Anderson’s twelve children. Ralph Lee’s mother died when he was about five years old and he remembered little about her. Ralph Lee enlisted in the U.S. Army and was stationed in Germany during the 1950s. He later served two tours in Vietnam and received the Army Commendation Medal for Meritorious Service in the Republic of Vietnam.

Ralph Lee, at some point, met a German woman and she became pregnant with their first child. He decided to stay in Germany after the birth of their first daughter and soon afterwards, made a decision to leave the Army. He had served 21 years. They subsequently had three more daughters. Ralph Lee had six sisters and he named several of his daughters after his sisters; one of his daughters carries his mother’s name as her middle name. Additionally, not only did he raise his four daughters, but he raised the young daughter of the mother of his children as well. He was an excellent father and raised her as if she was his own flesh and blood. As a civilian, he worked as a bartender at the Benjamin Franklin Village (BFV) Bowling Center in Mannheim, Germany. He loved bowling and often took his children there.

One of Ralph Lee’s daughters, Kerstin, met and married a man from Berlin. They had three children, one of whom was named Pascal Rayvon. Ray, as he is called, had a natural curiosity about the origins of his unusual middle name. This led to wanting to know more information about the American side of his family. He began to spend time working with his grandfather Ralph Lee at his job at the bowling alley. While there, they formed a bond that would last for the rest of Ralph Lee’s life. Ray learned about hard work, which Ralph Lee must have inherited from his father, Ray Anderson. The younger Ray learned about the importance of family in that Ralph Lee insisted on celebrating Thanksgiving, a traditional American holiday that is not normally celebrated by Germans.

Ralph Lee experienced something in his childhood that may have propelled his desire to celebrate Thanksgiving. One Thanksgiving Day in Lovettsville during the 1940s, while he and his family prepared to celebrate the day, there came a knock on the door. One of his siblings answered the knock and there stood a hungry individual, asking for food. The sibling turned that person away and shut the door. When Ray Anderson heard about the action, he scolded his children for turning that person away and immediately told them to go out and find that person, bring them back and they will be fed. After about two hours of searching, they located the hungry citizen, invited him or her in and they shared their Thanksgiving feast with them.  Ray Anderson taught his children that day that no matter how little they had, they always have enough to share with others, especially on a day like Thanksgiving. This was a lesson Ralph Lee brought with him to the Thanksgiving table in Germany. Christmas was celebrated in the same manner where Ralph Lee emphasized that this was family time.

After Ralph Lee was diagnosed with cancer, he still continued to work, not complaining. He continued to exude his positive energy that he was known for, and most likely endured the effects cancer often brings. Ralph Lee died in 2009, and that left Ray heartbroken. Ray still misses him dearly. So, he set out to do some research and found the article in the LHS newsletter, only to discover his desire to help others and his penchant to repair things was most likely inherited from his ancestor, Ray Anderson and in turn, passed down to Ralph Lee. I have found that often when you research, find ancestors and get to know them, you can uncover traits about yourself that were passed down. It is often a self-discovery journey when you uncover your ancestor.

Ray, a young man in his mid-twenties who is a cutting machine operator, carries the memory of his grandfather in his heart and will continue to learn from the lessons he acquired from this former Lovettsville citizen. Ralph Lee served his country honorably in Germany and meritoriously during the Vietnam War. He stayed in Germany in order to raise his daughters and to keep his family together because he learned the importance of family from his parents, Ray and Sarah Edna Anderson, two of Lovettsville’s long-time African American citizens.

I would like to thank Pascal Rayvon Sommer and his mother, Kerstin Sommer, for their contributions to this article. The heartfelt sentiments they shared are a testament to this man who was an excellent father, a decorated soldier, and who took the lessons he learned from his humble beginnings in Lovettsville to Germany, where he continued to teach and influence his descendants.