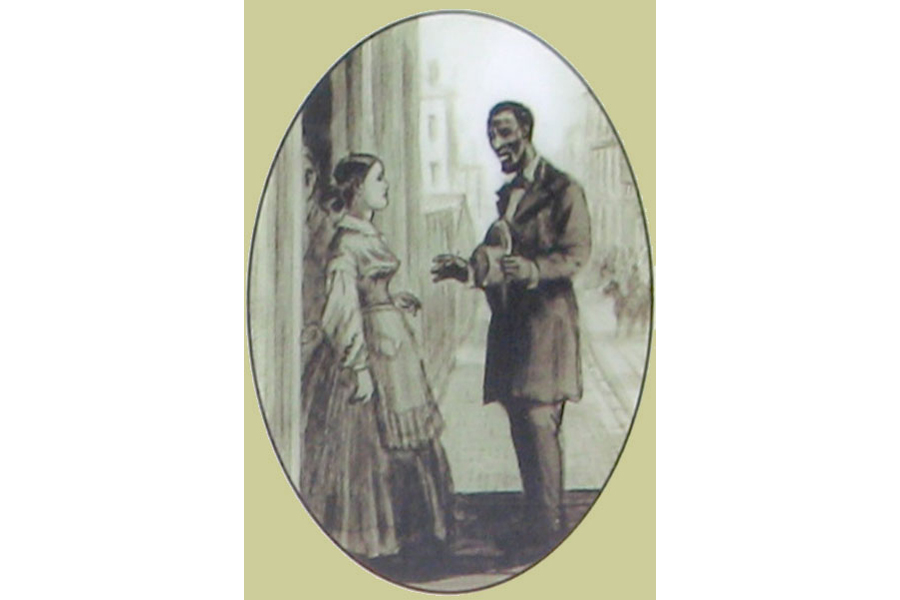 “Rebecca and Thomas: A Civil War Spy Tale,” Next in the Lovettsville Historical Society’s Lecture Series (7/8/2018)

A Play in One Act,

In September 1864, Thomas Laws, a slave from Clarke County, Virginia, collaborated with Rebecca Wright, a Quaker school teacher in Winchester, Virginia, to deliver vital military information to Union General Philip Sheridan. This information helped lead to a decisive Union victory at the  Third Battle of Winchester, the largest battle ever fought in the Shenandoah Valley, on September 19, 1864.

The battle was the beginning of a string of Union victories that gave the Federals permanent control of the Valley (and Winchester) and helped ensure Abraham Lincoln’s reelection that November.

Rebecca started teaching in Winchester at age 15, but when she was 16 years old, she took a year’s course of study at the Friends School in Goose Creek, Loudoun County, taught by Samuel Janney. She then returned to Winchester where she taught at the Friends school, and later at private schools.

In need of intelligence about Confederate troop movements in and around occupied Winchester, Union General Philip Sheridan learned of Miss Wright’s loyalties, and asked her for information about Gen. Jubal Early’s movements, telling her that Thomas Laws would carry her reply to Union troops. Meanwhile, Laws had been contacted by Union scouts, and was asked to make contact with Miss Wright. The information provided by Miss Wright and carried by Mr. Laws was crucial to Sheridan’s decision to attack in Winchester a few days later.

Years after the war, when Sheridan was asked about Rebecca Wright’s contribution to the Union, he answered: “That woman was worth a whole brigade of soldiers and several batteries of artillery down in the Winchester campaign, and she was one of the genuine heroines of the war.”

Although Rebecca Wright’s story is fairly well-known, little was known about Thomas Laws until recently. William Austin, a volunteer historian at Belle Grove National Park in Middletown VA, conducted extensive research on Laws, and has written an article on Laws which has been published by the Winchester-Frederick County Historical Society.

Mr. Austin will also speak about Thomas Laws following the presentation of the play on July 8.

The program will be held at St. James United Church of Christ, 10 East Broad Way, Lovettsville, at 2:00 p.m.  Admission is free, but donations are welcome to defray expenses of the program and to support the activities of the Lovettsville Historical Society.  Directions to the location: