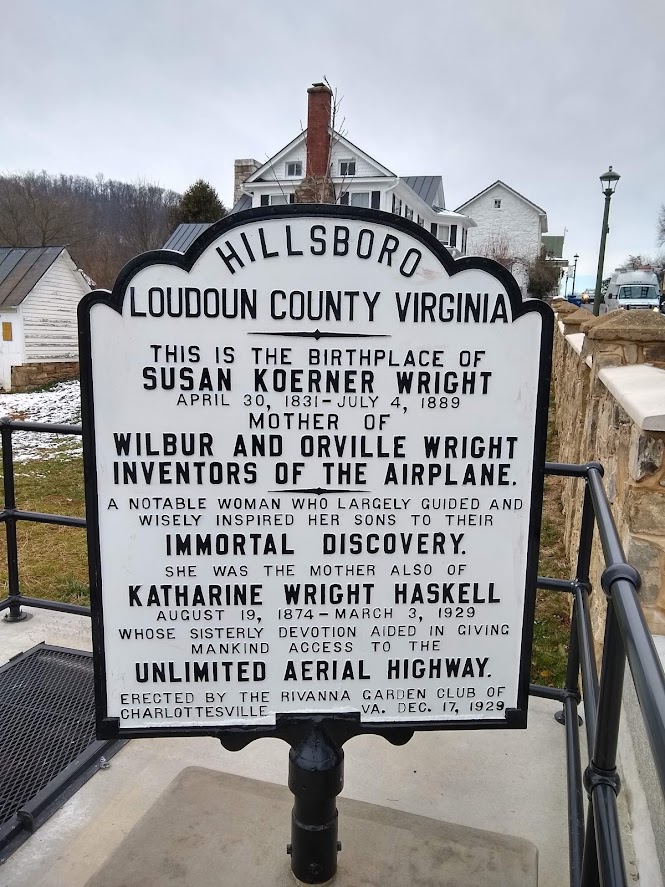 The Wright brothers’ roots in the German Settlement

On Dec. 21, the Town of Hillsboro unveiled a refurbished historical marker honoring Susan Koerner Wright, the month of the pioneers of flight, Wilbur and Orville Wright. You can read about the ceremony here and here.

At the ceremony, the Wright brothers’ family was traced back to their grandparents, John and Catherine Koener. We have traced them back a generation further, as was described in a 2017 “Cemetery Note” on the Frye-Koerner family, posted here on the website of New Jerusalem Lutheran Church in 2017. On their mother’s side, the Wright Brothers’ roots were planted deep in The German Settlement, as the Lovettsville area was previously known. And historians have concluded that the brothers’ mechanic inclinations were passed down through their mother’s side of the family.

The Wright brother’s mother, Susan Koerner Wright, was born near Hillsboro in 1831. Her parents (Wilbur and Orville’s grandparents) were John Koerner, a carriage maker who emigrated from Saxony, and Catherine Frye Koener (1796-1889), who was born in the German Settlement in Loudoun County. Catherine Frye and John Koerner were married at New Jerusalem Lutheran Church in Lovettsville in 1821, and later moved to the Midwest.

Catherine’s parents (Wilbur and Orville’s great-grandparents) were Phillip Frye (1743-1831), a German-born wheelwright, and Dorothea Boger Frye (1758-1827). The Bogers and the Fryes were both among the early German settlers in the area. Dorothea was born In Lancaster PA, and she reportedly married Phillip Frye around 1775 in Loudoun County. 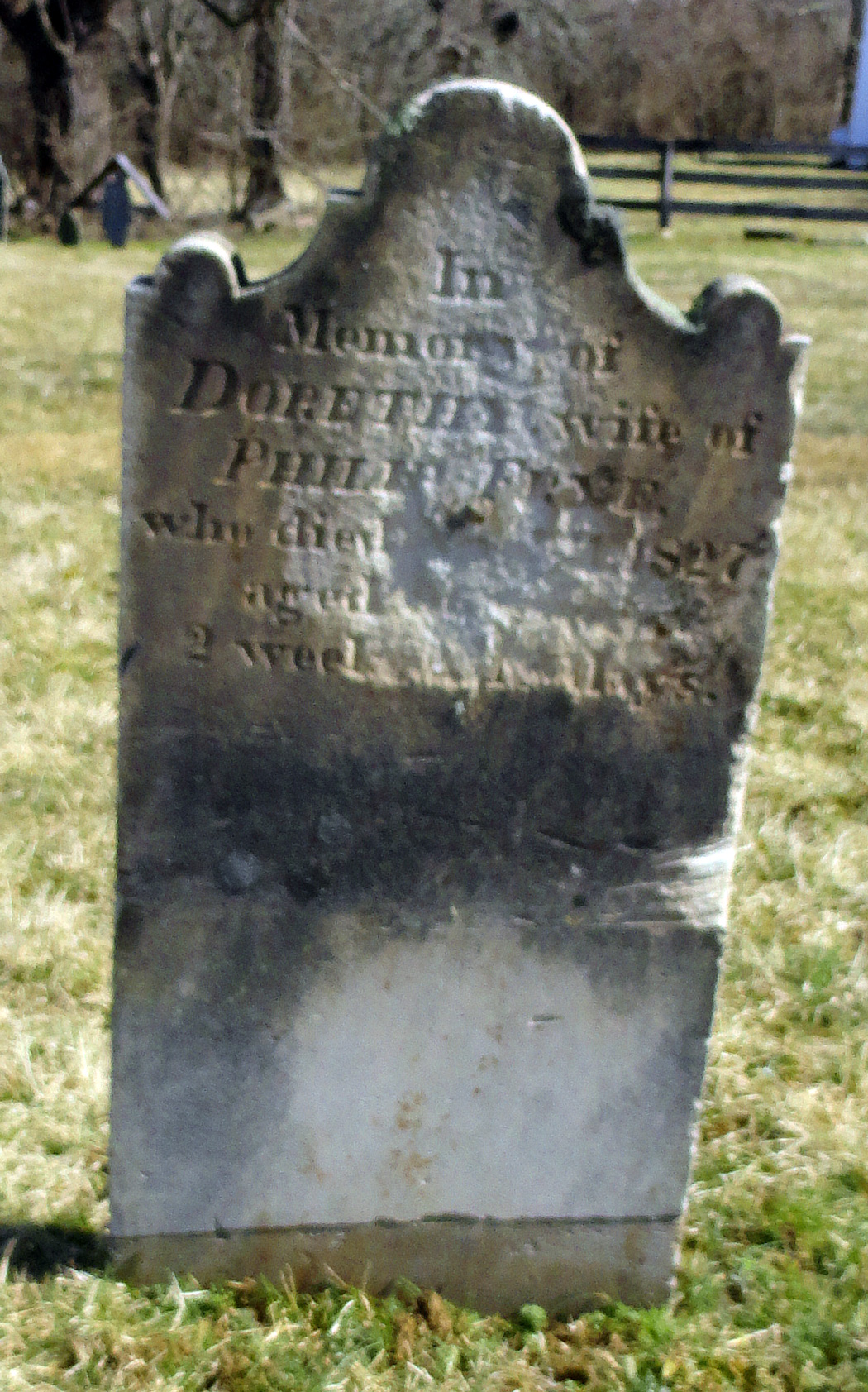 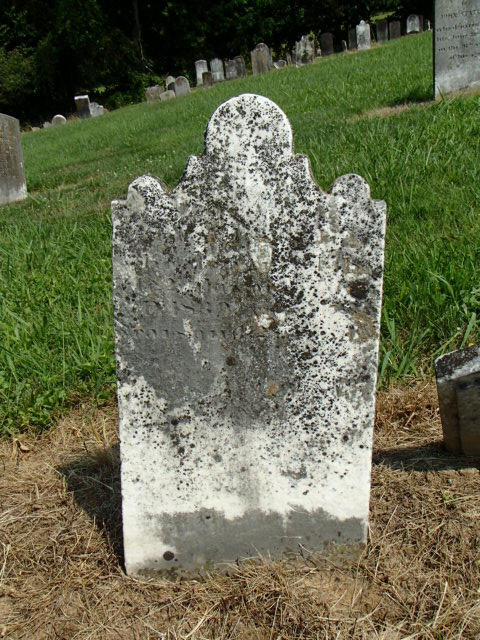 The Wright brothers great-grandparents, Dorothy (above left) and Phillip Frye (above right) are buried at New Jerusalem Lutheran Church in Lovettsville.

Great-great-grandparents: Dorothea’s parents had emigrated to Pennsylvania from Baden-Wurttemburg, Germany. Phillip’s parents, Jacob Frey and Magdalena Nash, had emigrated from German-speaking area in Alsace, France sometime prior to 1731, when they were reportedly married in Pennsylvania. Jacob Frye/Freu (1711-1785) is also buried at New Jerusalem, in a grave that is no longer marked.