[On August 31, 1940] Into a cornfield [near Lovettsville, VA] crashed a Pennsylvania-Central Airlines plane killing all 25 people aboard, including U.S. Senator Ernest Lundeen.  The CAA gave this as the probably cause:  As the plane few into a very heavy local thunderstorm,  a bolt of lightning burst in its path.  The pressure and sound waves resulting from the terrific discharge stunned both pilots, gave them a concussion.  With no hands on its controls, the plane dived to the earth, hit at 300 m.p.h. 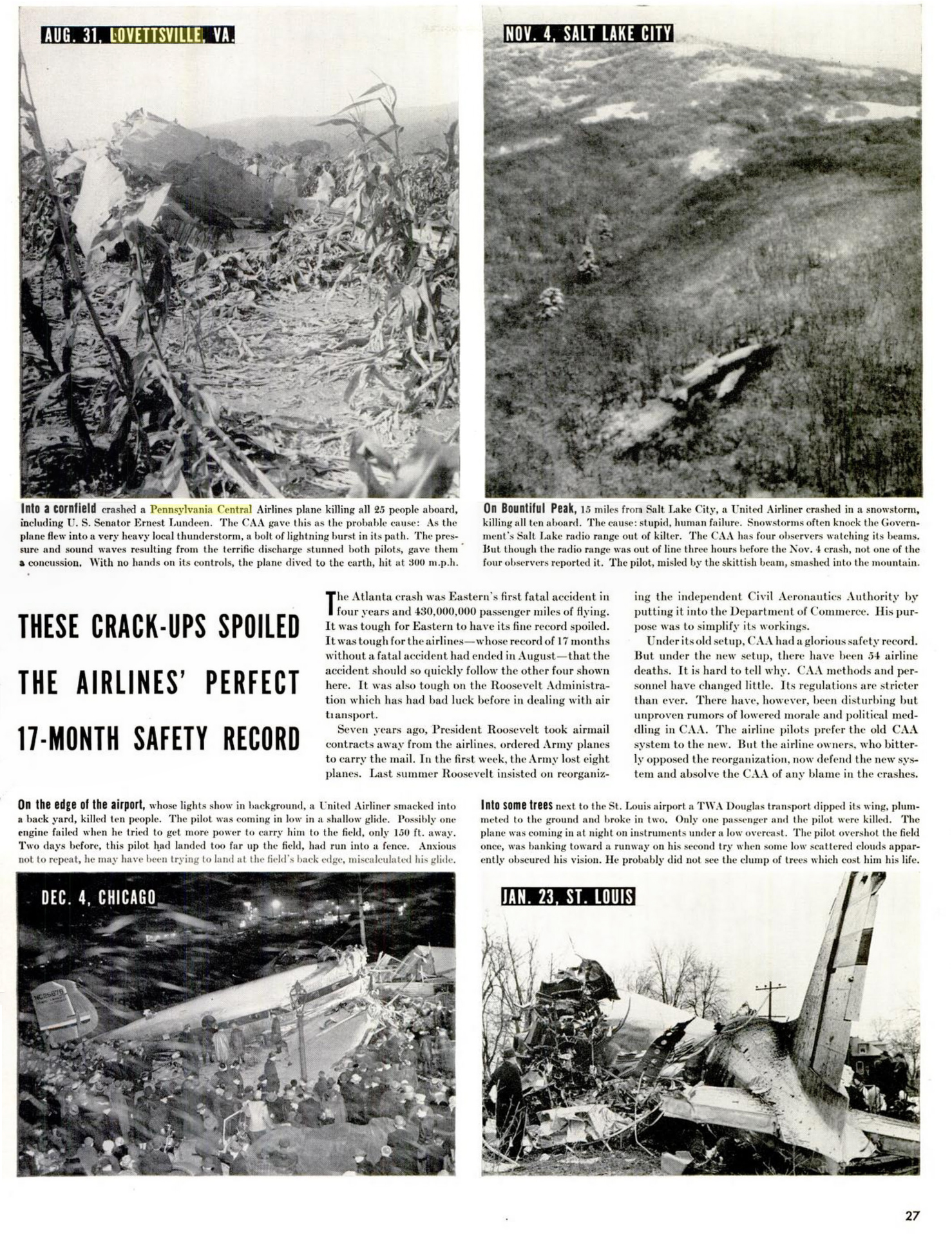