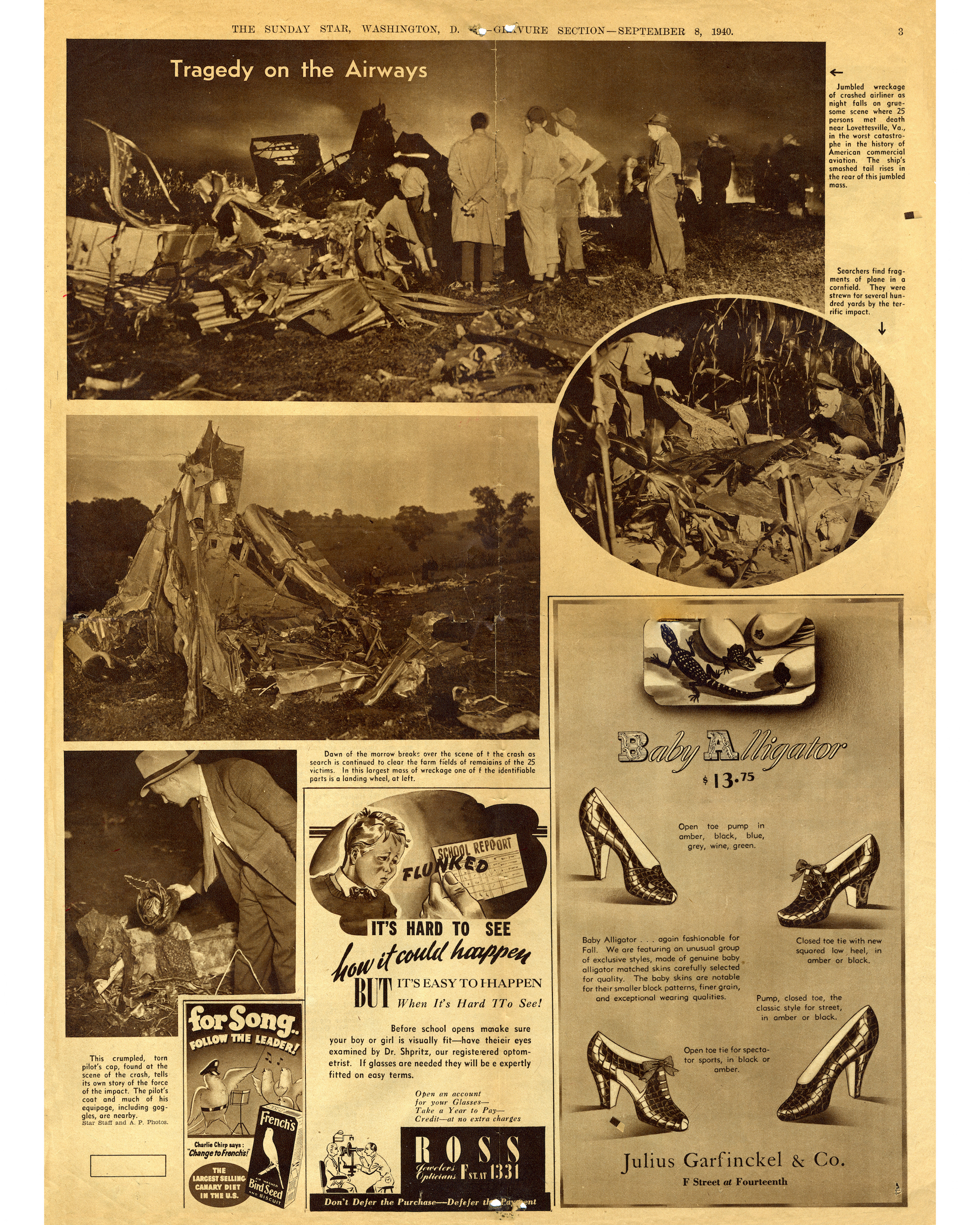 Tragedy On the Airways – The Washington DC Sunday Star (1940)

“TRAGEDY ON THE AIRWAYS”

Jumbled wreckage of crashed airliner as night falls on gruesome scene where 25 persons met death near Lovettsville, Virginia in the worst catastrophe in the history of American commercial aviation.  The ship’s smashed tail rises in the rear of this jumbled mass.

Searchers find fragments of plane in a cornfield. They were strewn for several hundred yards by the terrific impact.

Dawn of the morrow breaks over the scene of the crash as search is continued to clear the farm fields of remains of the 25 victims.  In this largest mass of wreckage one of the identifiable parts is a ending wheel, left.

This crumpled, torn pilot’s cap, found at the crash, tells its own story of the force of the impact.  The pilot’s cant and much of his equipage, including goggles, are nearby. 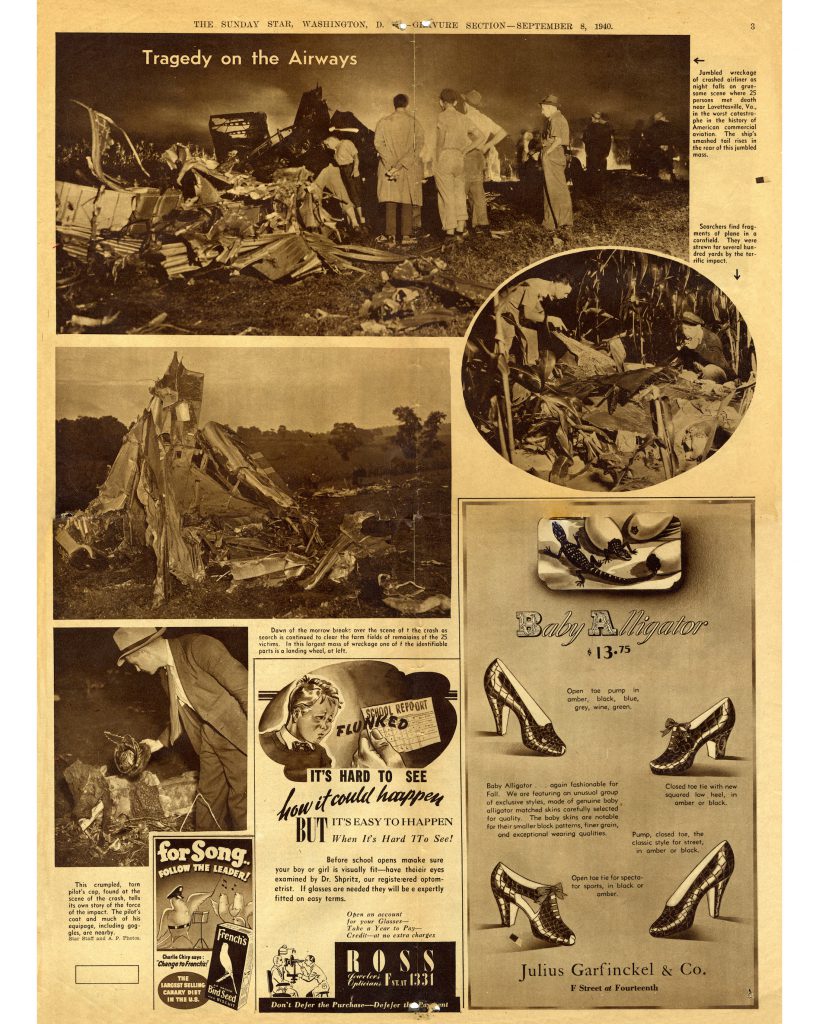