When Waterford’s (and Lovettsville’s) Politics Got Out of Hand 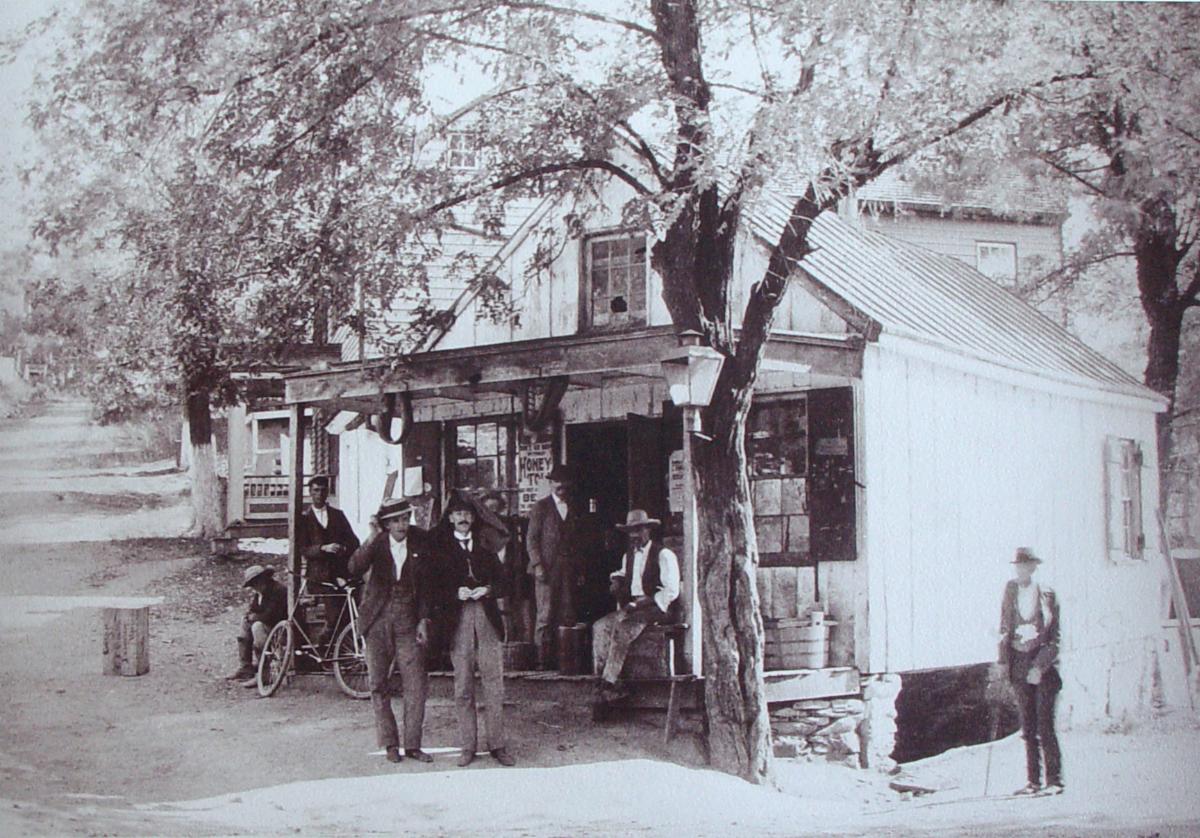 This story in the November issue of the Waterford Foundation newsletter caught our eye, especially the part at the end of the story about the 1888 brawl with a group of visitor from Lovettsville.  We started checking into it, and it led us into another whole story — this one about Charles W. Johnson and a Civil War spy network.  We think you will enjoy it too.

When Waterford’s Politics Got Out of Hand

As the nation takes stock after a heated campaign season, residents of the old village might take a look back at the excesses of its own past partisan battles.

1844: In the village, blood ran high as men cast public votes in the national contest between Henry Clay, the favorite of Waterford’s majority Whigs, and the Democrats’ James K. Polk. For several years there had been political sniping between young Quaker Eli Albaugh and the sons of tailor John Sappington, fervent Democrats. On election day Albaugh and Oliver Sappington got into a fight and the Quaker was mortally wounded. Sappington was eventually tried for “felonious homicide” but acquitted. By then the nation was already on the path to eventual Civil War. And the animosities and resentments in the wake of that conflict were still boiling up the Waterford in the 1880s and beyond.

1881: The Reverend Henry Branch was relieved of his responsibilities at Catoctin Presbyterian Church after “a remarkable sermon” in September. The popular Branch had attributed the death of President James A. Garfield the previous week to divine retribution for the “base fraud” that had elevated his predecessor, fellow Republican Rutherford B. Hayes, to the presidency. Garfield died of complications from an assassin’s bullet after just six months in office.

1888: After Democrat Grover Cleveland won the popular vote but lost in the electoral college to Benjamin Harrison, Jubilant Republicans in Waterford held a boisterous “jollification” that included cannon fire and guests from as far away as Lovettsville. Most local Democrats simply gritted their teeth—but one man finally snapped.

“As the last of the Lovettsville celebrants were about to leave, Oscar James seized the bridle of a horse and refused to let go, even when the rider brought out his whip. In the melee that followed, James struck the visitor on the head with a club, opening a severe wound; several others were bruised and battered. James’s friends finally got him into an oyster saloon and held him there while he struggled to get out, vowing vengeance on the visitors. Hearing of the fracas, the whole company of Lovettsvillians quickly returned and were about to raid the saloon after James, but better judgment finally prevailed.”

1889: State politics, too, could rouse passions in Waterford. In the run-up to November’s elections, “some of the boys” had a bonfire in front of the Corner Store and burned a straw effigy of maverick Virginia gubernatorial candidate Gen. William “Billy” Mahone. For good measure someone fired a shotgun into the smoking figure.

The full story on the fracas with the Lovettsvillians was provided to us by John Souders of the Waterford Foundation. It was reported in the Loudoun Telephone (Hamilton) on November 23, 1888, as follows:

The republican jollification at Waterford on Thursday night of last week was in every respect a success and satisfactory, until just as the last of the visitors were leaving town, when a very unfortunate fracas occurred. The large company of visitors from Lovettsville had all left but Mr. C.W. Johnson and his three sons, who mounted their horses and were about to start, when Mr. Oscar James, a Waterford democrat, took hold of the bridle of one of the horses and failed to let go when requested by Mr. Johnson. Some words passed resulting in Mr. Johnson striking James on the hand with his riding whip. This enraged the latter and a melee followed, participated in by several other Waterfordians, during which James struck the Senior Johnson on the head with a club, making a severe scalp wound.–Several others were more or less bruised. As soon as possible James’ friends got him into an oyster saloon, and held him there, while he endeavered [sic] to get out, vowing vengeance on the Johnsons. Hearing of the fracas, the whole company of Lovettsvillians quickly returned and were about to raid the saloon after James, but better judgment finally prevailed and they departed without further trouble.
These statements are a summary of the various accounts made by persons who were present.